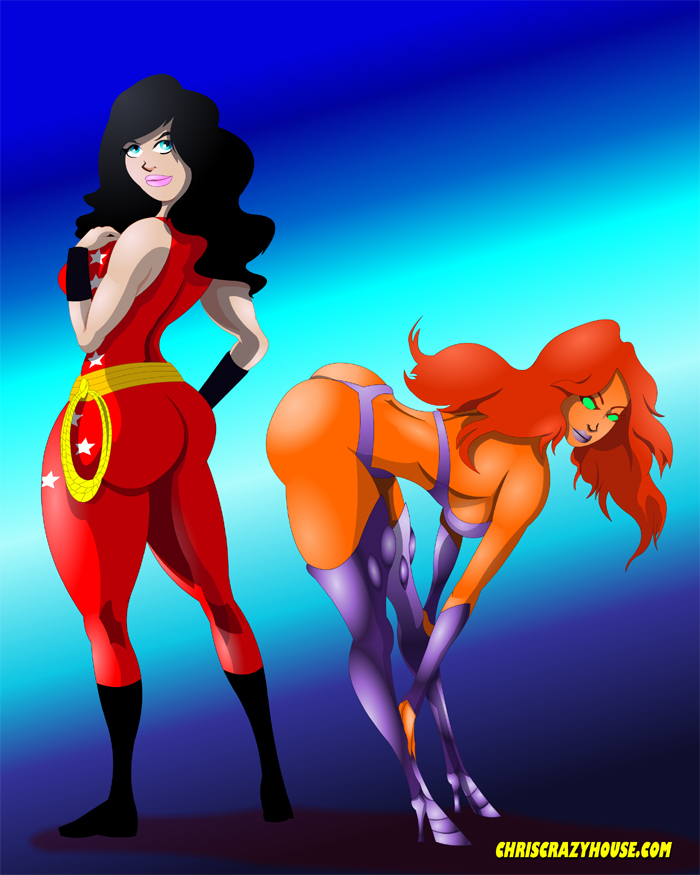 Two of my favorite ladies from the Teen Titans. Donna Troy and Starfire.

~~SUGGESTED IDEAS~~
Some added background detail would be nice

I think the best thing here is how Starfire's clothes are shown glistening. In fact, she is herself extremely colorful and thus great to draw. They really went out of their way to stick their butts at us. Starfire's lipstick could be a bit better though. I would prefer shots of these characters from the front.

Ah the 80's Starfire is the best Starfire