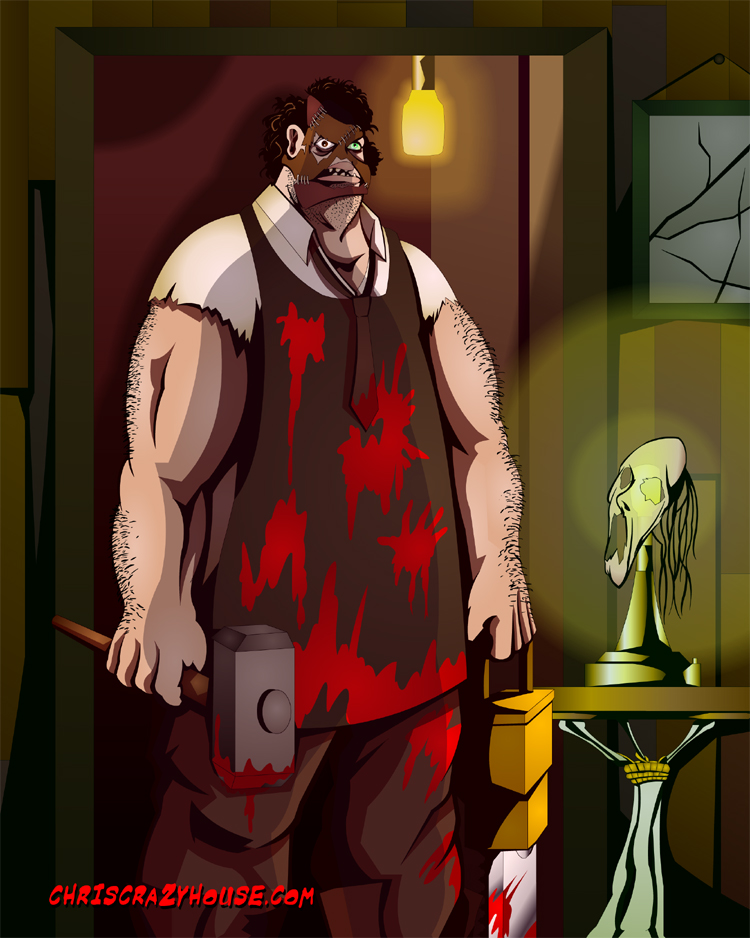 You've just entered the wrong house and the violent psychopath known as Leatherface is waiting for you.

I'm not a fan of the Texas Chainsaw Massacre movies, but this was still a cool picture. The scariest part of this is probably the skinned face you see on the lamp or rather, the skinned face that's a lampshade. I like how you portray this guy as so monstrous. Not only does he have a chainsaw in one hand, but he has a sledgehammer in the other. I've never seen a slasher villian so well armed! No one messes with this guy.

I like how there's a lot of blood all over his body. I can't tell if the window is supposed to be cracked or if those are trees behind it. It really makes you realize why you come from a place called Chris Crazy House. This is probably your most macabre creation yet. He has a nice work tie on too.

I liked it, the face is terrifying

Anyway it's pretty good. A couple parts on the picture have the shade colors not go well with each other as others. One example is the arm on our left.