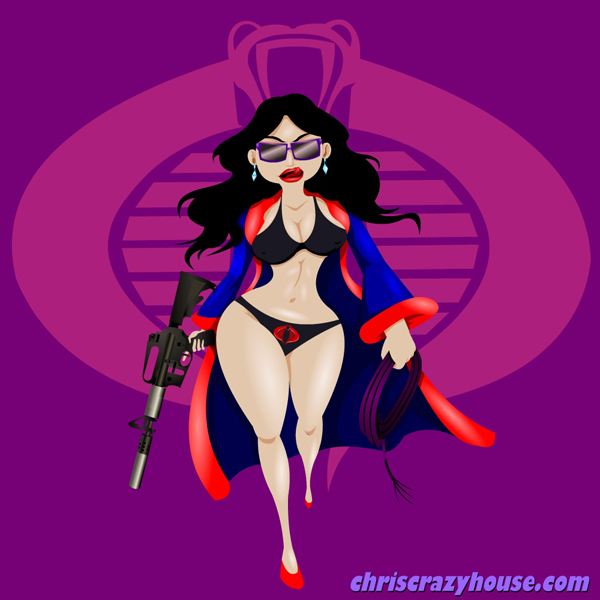 The Baroness in a sexy bikini

This is another great picture of the Baroness because you show her in a true bikini this time. The previous picture is very close to a bikini, but I'm not sure if she was actually wearing one. The idea of hot girls with guns reminds me of the Miss Dynamite series. I would just love to see a cartoon featuring her. Heck, any cartoon featuring hot bikini girls would be nice. It looks like you really went out of your way to make her look shiny.

It's great to see her strutting around like that. That might only be because she has such a big booty. I think this is the hottest pictures you've ever drawn. I was never really attracted to Baroness before, but you seem to have changed my mind. She even has a cool looking robe on. It's one of the sexiest pictures I've seen here.