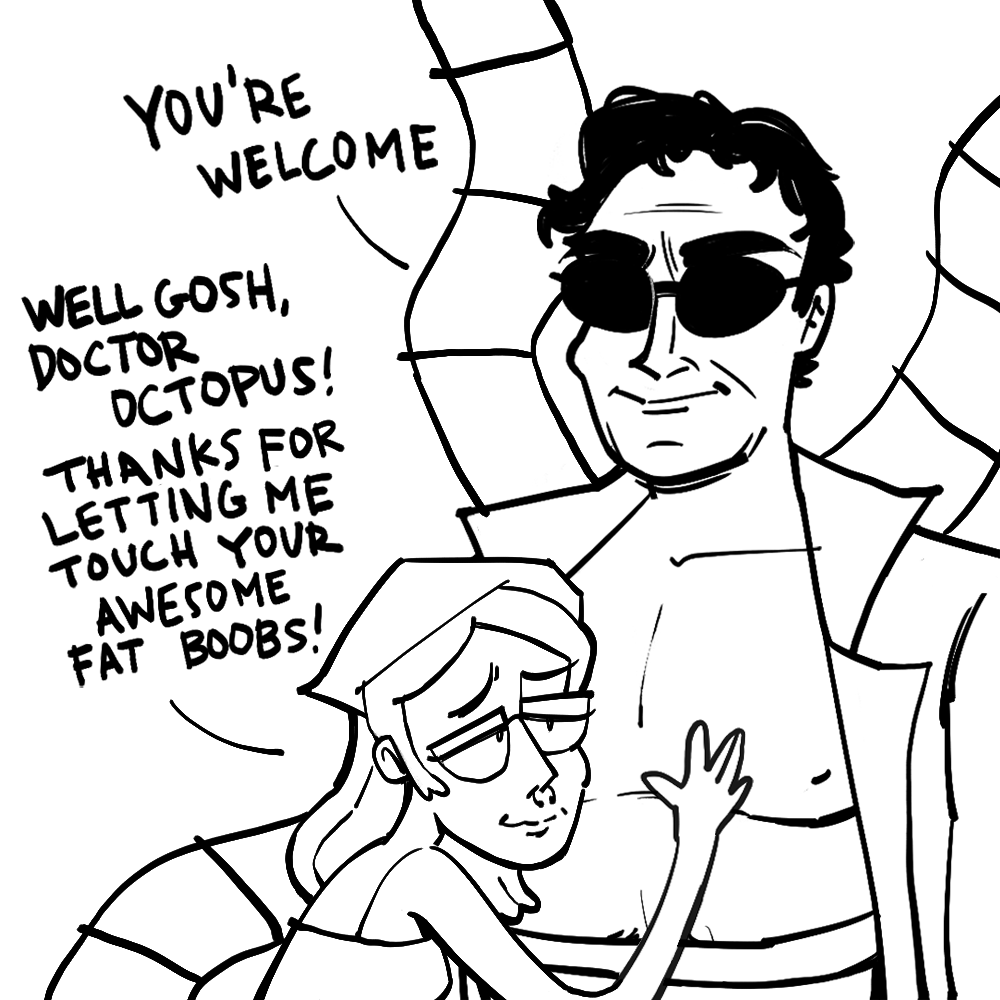 another exiting issue of my boob touching illustration series!

should be on frontpage

this one hurt my brain quite a bit

One of the more interesting Doc Oc comics was this one where he somehow swapped bodies with Peter Parker and Peter, in Doc's body, actually died.

Doc decides to play the hero role for the day for shits and giggles and casually kills an armed thug without meaning to. Suddenly he realizes, "Oh damn, the kid who can stop speeding trains was pulling his punches even on me" and basically has an epiphany where he actually becomes a hero and a high-tech version of spider man.

Probably misremembering some details but that one always stood out to me.