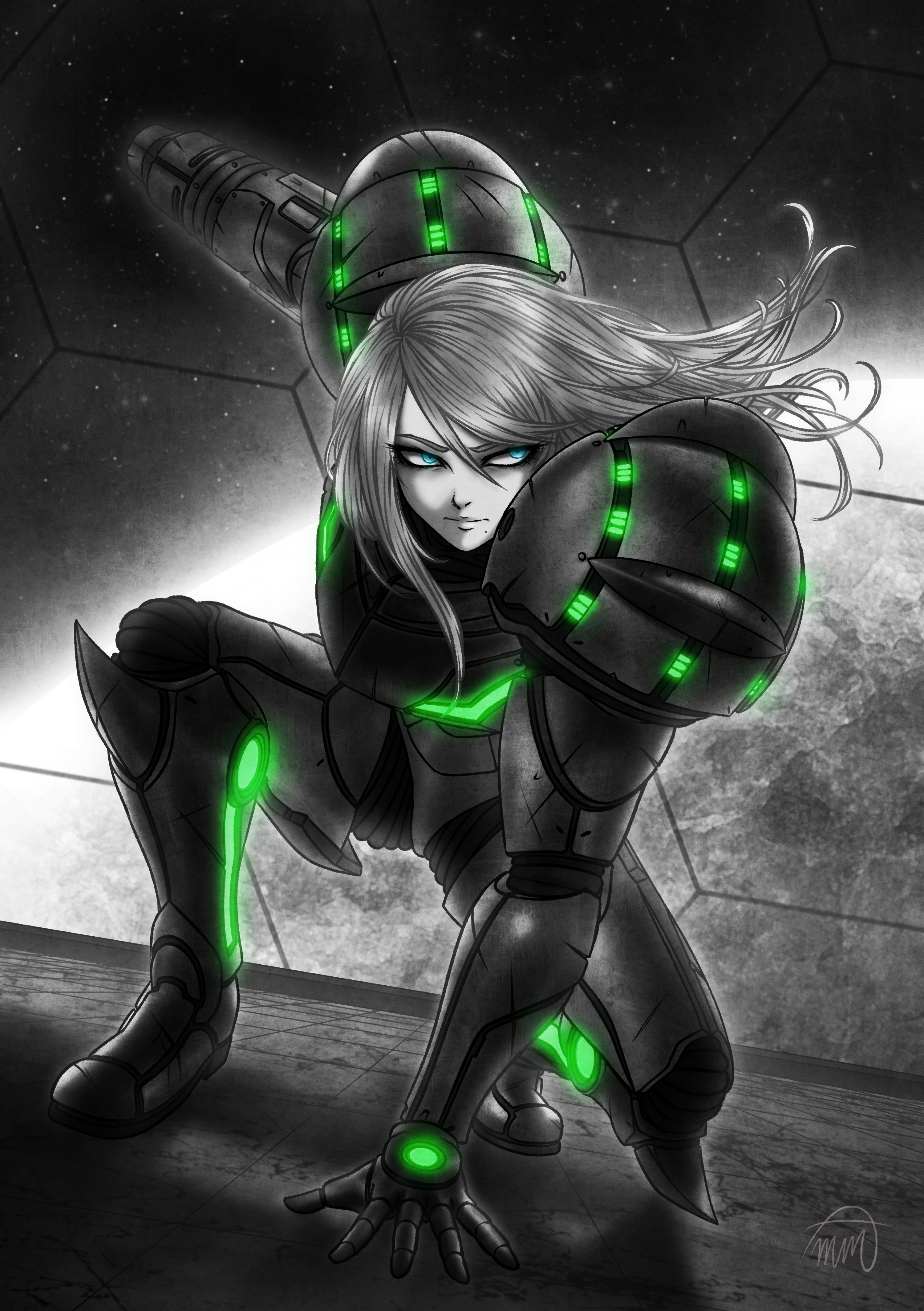 Hoo-boi! I can’t believe it took me this long to finally draw her, especially since she’s a very important character for me. My cousin, Jack Mathews, was the lead technical engineer for Metroid Prime 1, 2 and 3 at Retro Studios!

I still remember back when I was a little kid and he was demonstrating Prime 1 to me and my family before it was officially released. I remember being pretty spooked by Flaahgra and the invisible space pirates haha. Whenever I'd brag to my elementary school classmates about how my cousin "made Metroid Prime", nobody would believe me haha xD

Anyway, it’s his Birthday and I wanted to make a special piece to celebrate the accomplishments he and his team made with the Prime series! (^w^) Here’s to hoping Metroid Prime 4 can live up to its predecessors and be just as amazing! (^w^)

Here's the original colored version of this piece. I ended up liking how both of them look haha: