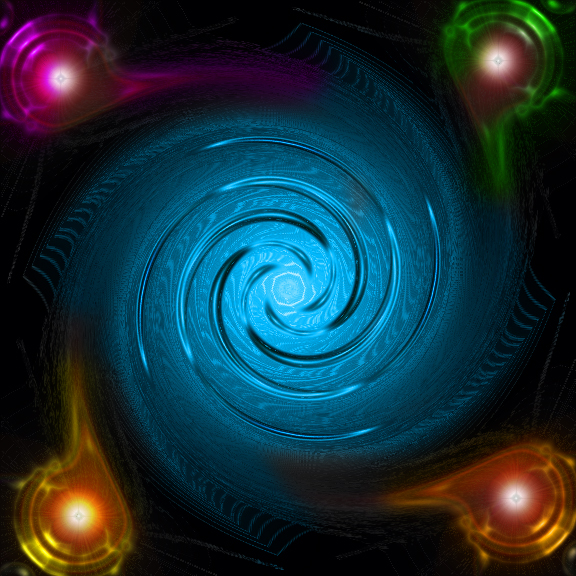 ~~REVIEW~~
Now i didnt see this one, i love this one, i even added it as one of my faves on my faves list, this has its own uniqueness to it, i love the texture like of the large center warp, now not sure what this could be used in but it has some really nice texture, and the four other smaller warps are also perfect in place and also great with its texture aswell, i do think this could be shown larger with a larger canvas view screen, so maybe as an idea you could show off more of the detail and even ad in a few more warps and such, I have seen alot of your stuff now, and this is one of my faves, im pretty sure you can make another version and make it with much more lighting effects, give it that lighting skill you have, that would be very impressive, The center lighting circles in each of the warps could be brighter, it will show off more of the focus and such, so theres another idea or two for you to work with, anyways great job, i loved this piece, and hope to see more like it soon.

~~THINGS TO IMPROVE ON~~
A larger canvas screens, more brightness in the center circles, and maybe even some deeper texture of the warps.

well its coler ful and imagintive