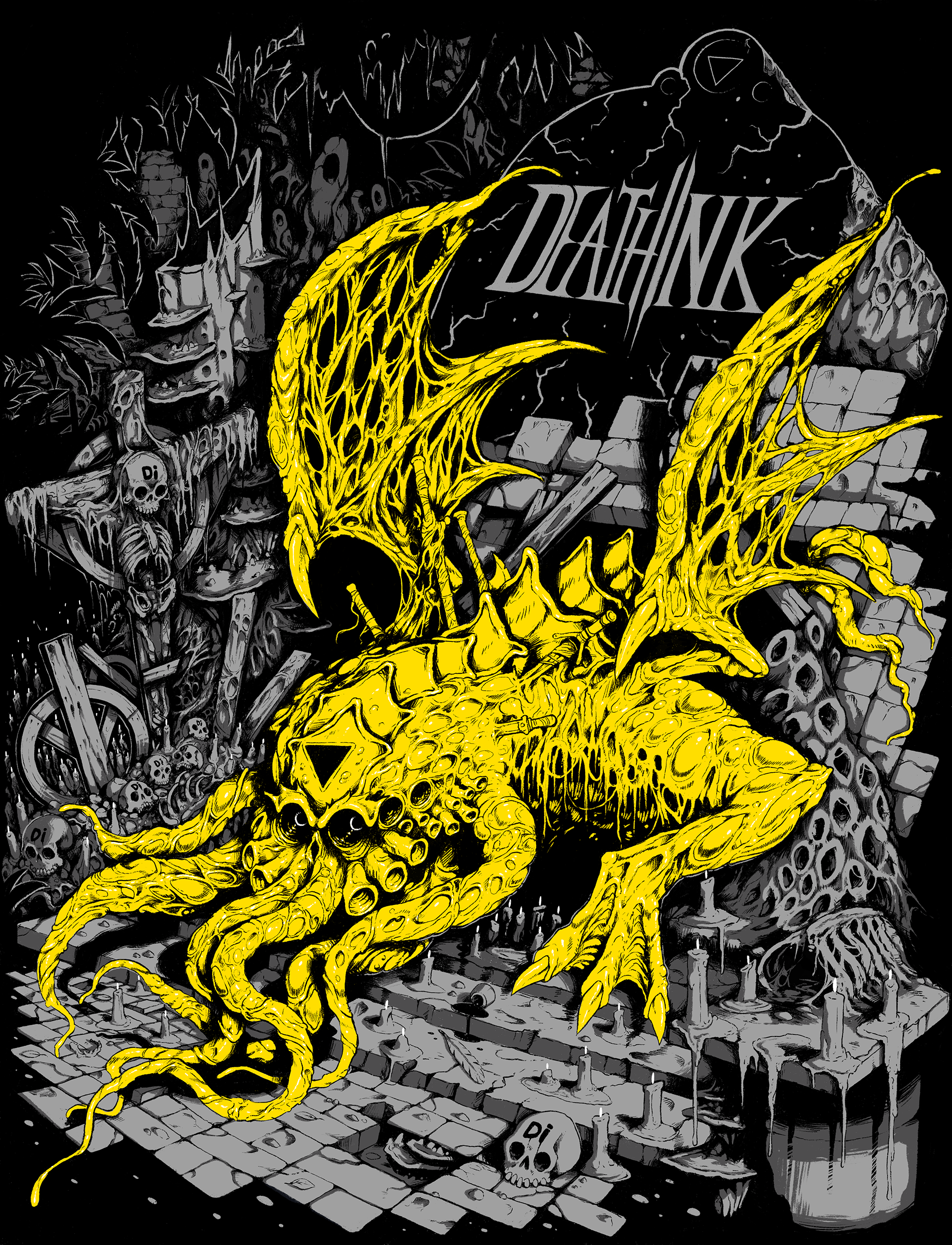 Shirt design I had the pleasure of doing for our lord and savior Deathink.

yoooooooo bought the shirt, forgot to review this but yea its a 10/10

Well done.
When I was younger, an to some extent to this day, I had a deep seeded fear of parasites, and unnatural presences in bodies. It was mostly a fear of forced change, and I now know that there is some interesting research on the fact we lived with parasites for so long as a species that living without them is possibly causing other troubles.
But stories like that Japanese urban legend of barnacles growing in you, or spider's layign their eggs in your flesh realy still are off putting.
Cthulu in his lore, has that efffect on the minds of humans. He is so unbearable, and incorrect in existence he captures and destroys the minds of the humans that observe his, or even become aware he exists.
The torn and rotting flesh of this creatures winds, the stretched and unfittingly taunt skin on it's dbones, and it's surroundings of vile corruption truly suit that feeling of a corrupted mind.
The choice of the stark yellow is an unusual choice for this kind of band shirt, but you choice to put such a happy color on to a creature of such madness makes it a great shirt, and observable at a show.
It's not a shirt that could be easily hand printed, but it is still amazing.
Thank you for making this.

You did such an amazing job. I relentlessly love this.