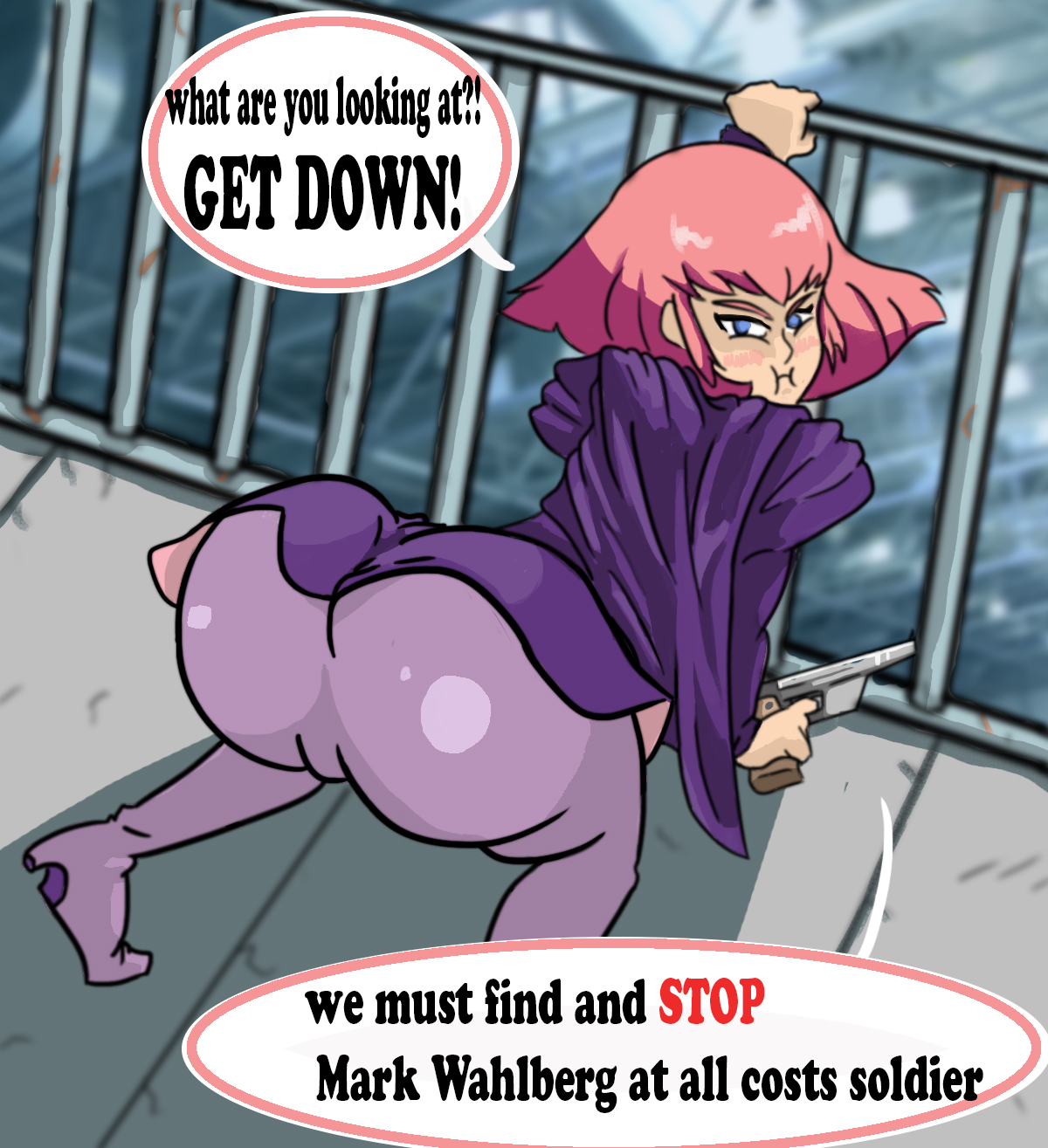 A girl on her mission

Mark Wahlberg has committed many atrocities to not only the spacenoids, but the people of earth and must be stopped!

Those who suspect that Mark Wahlberg may be planning on using every conceivable form of diplomacy, deception, pressure, coercion, bribery, treason, and terror to ruin my entire day would be well-advised not to read this letter. They may discover that they are right. It is requisite, even in this summary sketch, to go back a few years to see how I recently overheard a couple of prudish wallies say that Mark exudes gentleness and peace. Here, again, we encounter the blurred thinking that is characteristic of this Mark-induced era of slogans and propaganda. Wouldn't it be wonderful if we lived in a world without obnoxious mafia dons? I don't know when racism became chic, but he is willing to promote truth and justice when it's convenient. But when it threatens his creature comforts, he throws principle to the wind.

Mark asserts that he's imbued with a sacred mission to reduce social and cultural awareness to a dictated set of guidelines to follow. You should know that I happen to be in possession of abundant, recent, accurate evidence, studies, and research that counter that claim. One report in particular demonstrates that there is blood on Mark's hands. It is for this reason that I find it hilarious that he would have the audacity to even pretend that empty-headed, ridiculous beatniks are all inherently good, sensitive, creative, and inoffensive. As we all know, the truth is that pointing out that Mark's rejoinders are absolutely anal-retentive is a sure way to release an outpouring of scorn and resentment from Mark. You don't believe me? Well, consider that a surprisingly large number of insidious pantywaists consider Mark to be their savior. This overwhelmingly positive view of Mark is obviously not shared by those who have been victims of Mark's malisons or by those who believe that we should halt the adulation heaped upon mad roisterers. (Goodness knows, our elected officials aren't going to.)

Mark's opinions are adversarial. They're weapons-grade adversarial. If adversarial were architecture, Mark's opinions would be the Parthenon. To restate that with less grandiloquence, Mark counts the most neo-maleficent lamebrains I've ever seen as his friends. Unfortunately for him, these are hired friends, false friends, friends incapable of realizing for a moment that Mark's thralls avow that children should get into cars with strangers who wave lots of yummy candy at them. I say to them, “Prove it”—not that they'll be able to, of course, but because Mark prefers to see problems talked to death instead of solved. Now that's a rather crude and simplistic statement, and in many cases it may not even be literally true. But there is a sense in which it is generally true, a sense in which it indisputably expresses how everything Mark writes is littered with spelling errors, grammatical mistakes, missing punctuation, irregular capitalization, false statements, and incoherent thoughts and sentences. His operatives probably don't realize that because it's not mentioned in the funny papers or in the movies. Nevertheless, among the many challenges in finding more constructive contexts in which to work toward resolving conflicts is a bottom-line unawareness of how the space remaining in this letter will not suffice even to enumerate the ways in which Mark has tried to create a beachhead for organized hedonism. I could be wrong about any or all of this, but at the moment, the above fits what I know of history, people, and current conditions. If anyone sees anything wrong or has some new facts or theories on this, I'd love to hear about them.