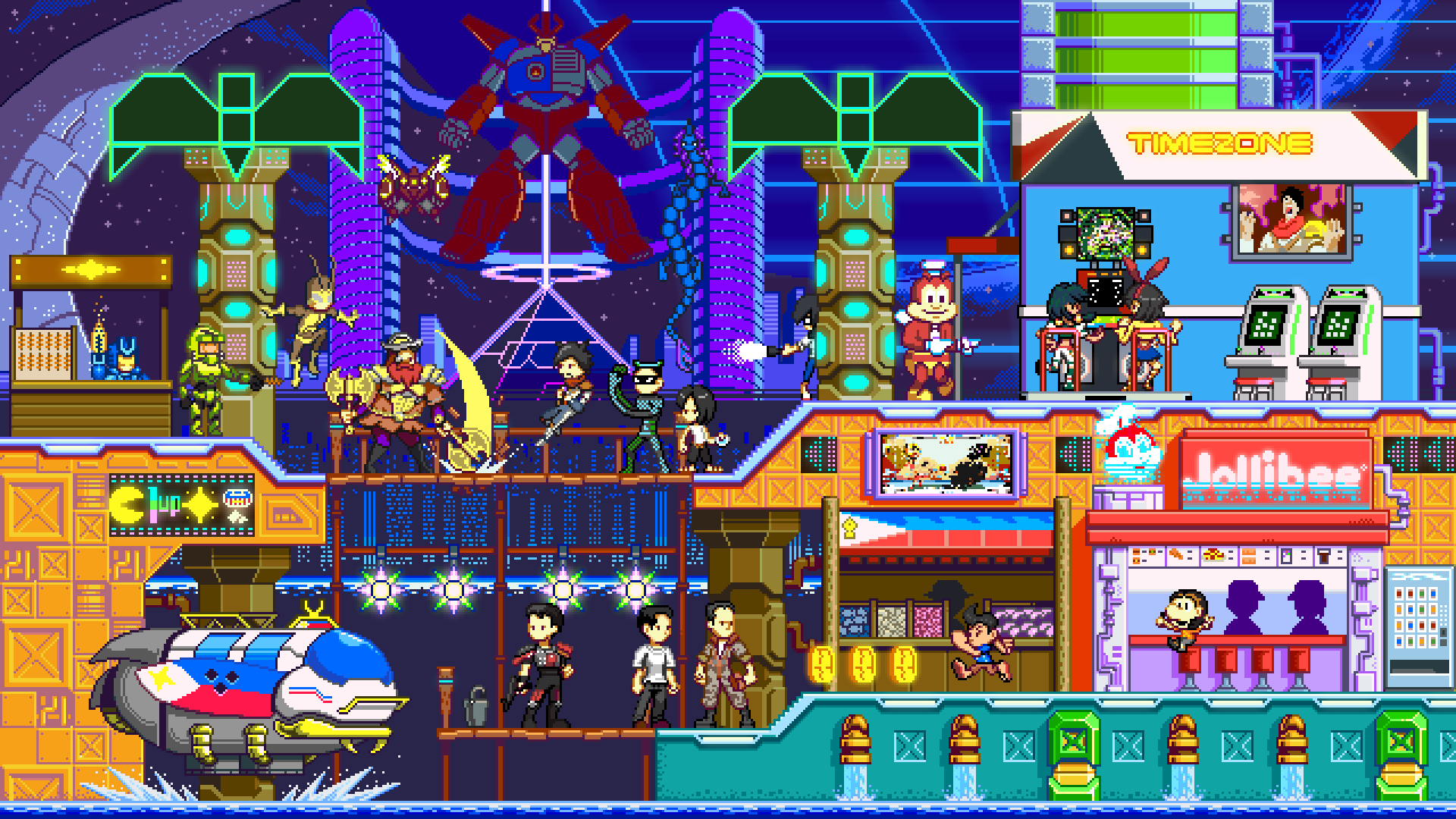 My tribute remake for the Philippines gaming and pop culture based on the MS paint drawing I made 10 years ago (below):

I did added Manny fighting Floyd mockup here and no I don’t add any bad fictional characters superheroes such as Wapakman. I apologize for saying this…

Made in Aseprite in style of Iconoclasts.