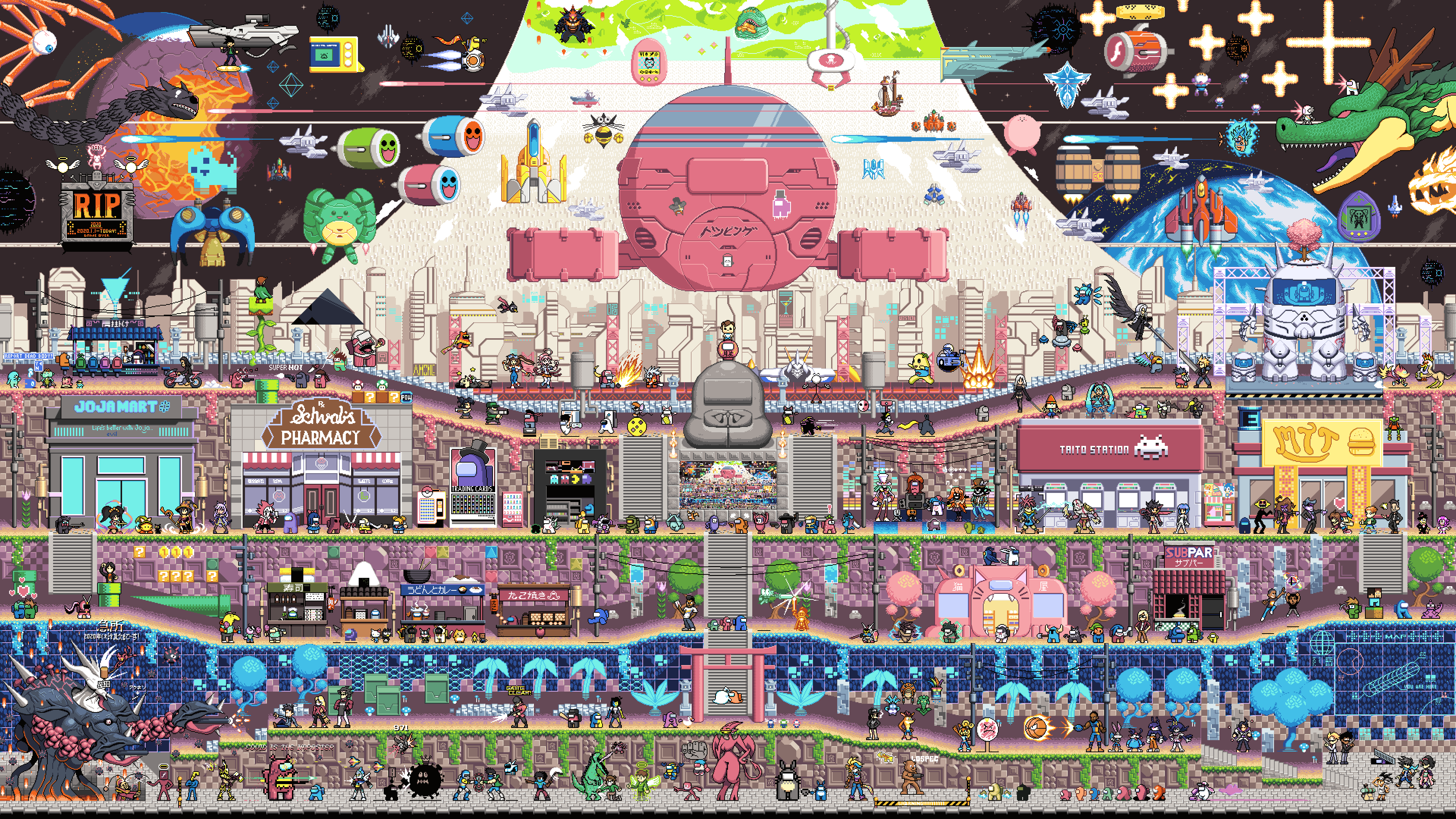 Happy Pixel Day everyone! Wasn't active while busy with some clients so here's my entry. Fyi This is the 5th anniversary for Pixel Day so thank you Tom and RealFaction

for making it possible for an internet holiday and it's milestone. My 5th metroidvania mural so far...

Some Among Us characters desguised as characters from pop culture while other characters are in style from old consoles. Even though the color palette of Splendor128 isn't

Upper left corner: Dharkon and Terminal Montage (the boss on on the left is his idea of a parody), Polus, That wolf snake from Rainbow Good Boy, Digimon, Taiko Drum Master

from @maruki , Ming the Merciless, Flash (You get the joke) throwing the holy grenade from Monty Python and the Holy Grail to blow up the portal which is the army of 2020 and

Funkin with Spooky Month characters and Balan vs. Team Shadow Hatter (main character in hologram communication) along with Crypt of the Necrodancer styled cremate and Game Boy

Izuku Midoriya, Ori and the Will of the Wisps, cat maid, Shovel Knight, the Black Panther (in memory of Chadwick Boseman... :'( ), The Living Tombstone guy, Wargroove, Paul Veer,

Physic Pokemon Trainer It's over 9000, Duncan and Jones, Imposter hiding in the vent, Kikuse and Momohime, Totoro characters, Golden Rhino grafitti with Kigurumi,

Lufia 2, and Trials of Mana, Splatoon 2, Tales of Alethrion character in style of Octopath Traveler.

Airship from Among us, Funko Pop Freddy, Cremate in style of Celeste, Terraria, and Shovel Knight.

Wow Amazing! So Many Iconic Characters!