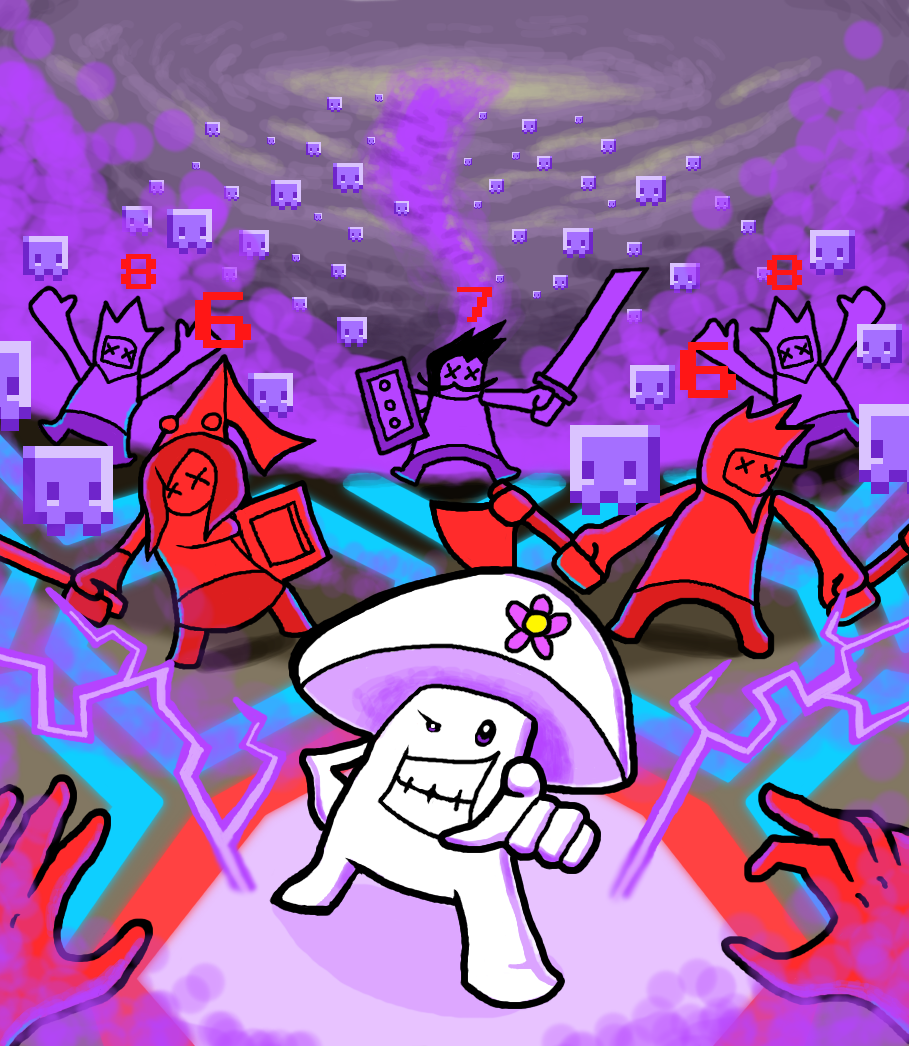 The Behemoth have announced that a mushroom character will appear in this game farting poison nearby other characters in the grid. I decided to make a fan art for this type of character. 4 hours have been spent on this artwork. Enjoy!

~~THINGS TO IMPROVE ON~~
Some lighting effects

Now if only Half-Life 3, Portal 3, and Team Fortress 3 were released :P

I also want to point how this artwork made it's way into my 5 star rating...

• My 3rd and final reason of why this artwork deserves a 5 Star rating is because of the colors, and just any color but the emotional colors that show the real meaning, the emotion behind this artwork.

Overall this artwork would be a great theory describing the story behind this, I also want to say great job on this artwork :) Keep up the good work ScepterD
From,
MTNDewGuest

Interesting description. It could be better if this art needs constructive critique. I'm planning to search some tutorials in art on the internet.