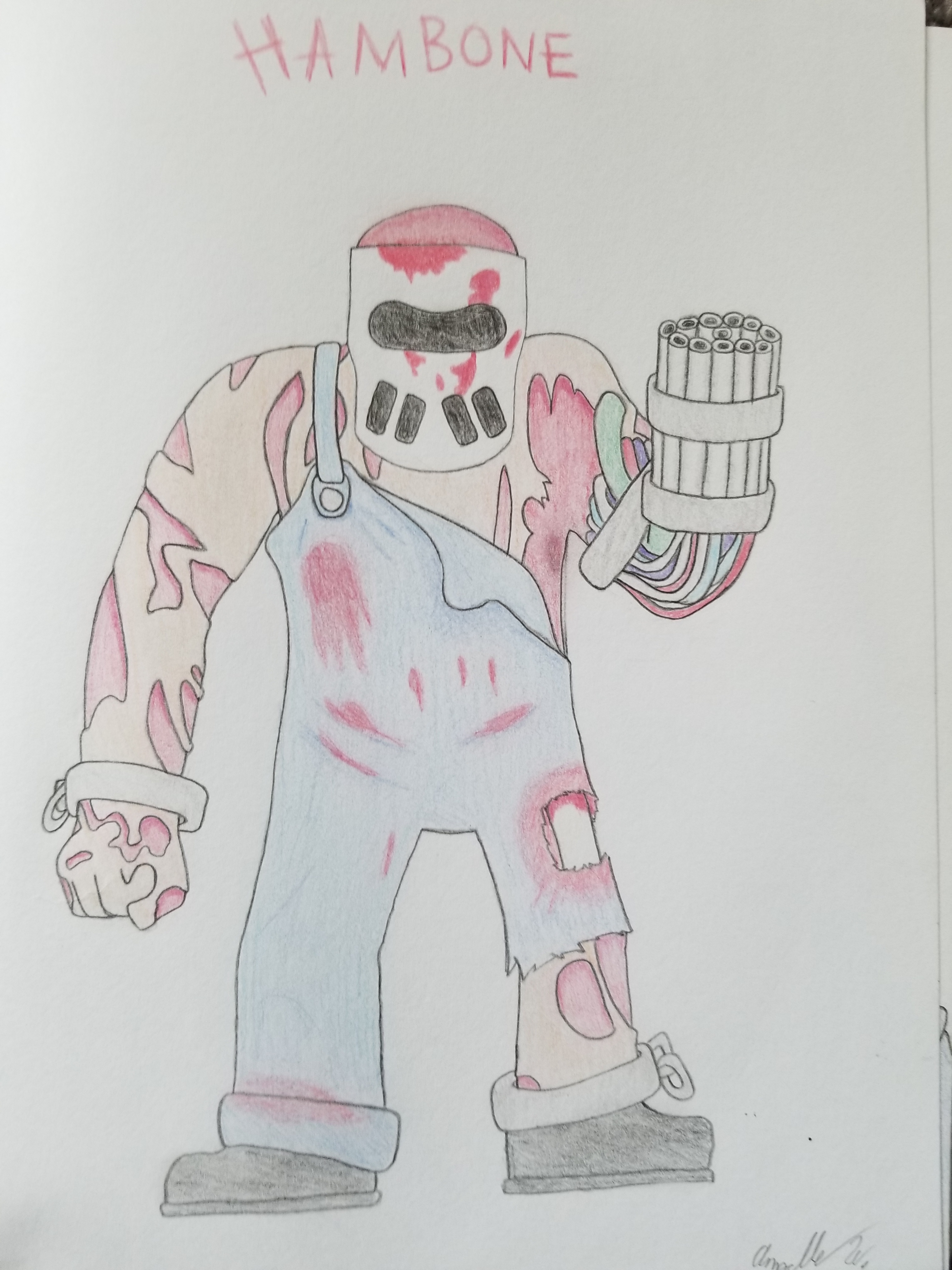 CarnEvil has to be one of my favorite arcade shooters. In fact, it's right up there next to target Terror and Time Crisis. During my ill-fated attempt to clear the game (in which I spent $20 only to die to Ludwig von Tökkentäkker) I felt Hambone really stood out. Maybe it was his chaingun arm or his clearly enthusiastic VA, but I've always felt he was the coolest. I drew this in 9th grade after remembering the game existed in the middle of 4th period.