For the month of March we have disabled ads on all E-M content. We need 73 people to reach our goal of 3,000 active supporters. If we hit that, we'll continue with a new goal in April! 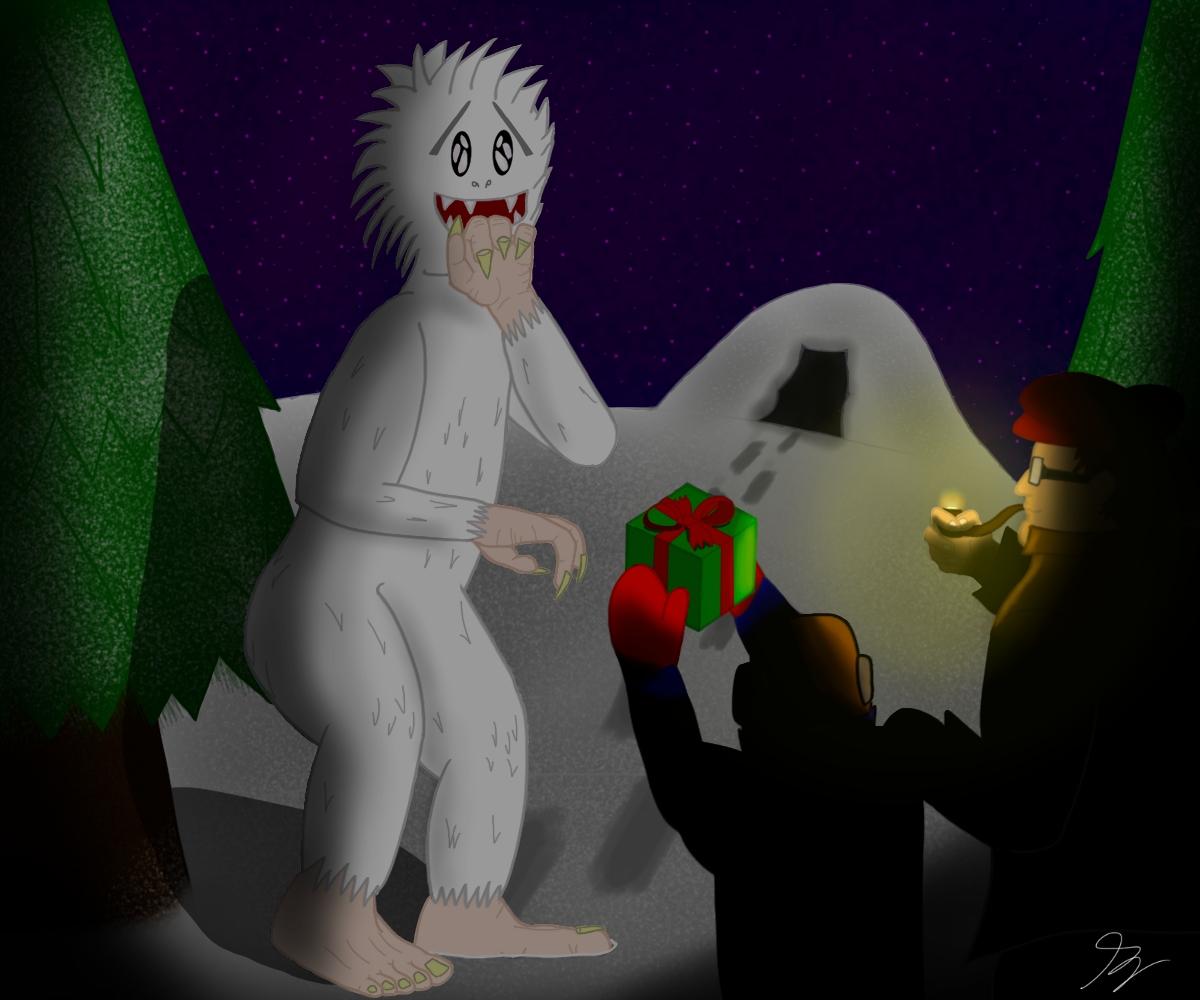 The Yeti is not forgotten

Hey dudes! This is my submission to the holiday advent calendar. Lot's of cool dudes working on this, and I am pleased as punch to be a part of it! I hope y'all enjoy it, and check out everyone else's out as well!

I'm confused, you left out the shadow under the yeti, and his tracks lead up to the kid and stop way before they get to the yeti. Also they should get a lot bigger as they get closer to the yeti because of how far back you pushed the cave. While soft brushes can be used effectively if used cleanly, they mostly end up distracting from the good bits of the picture as they have here.

The light source is very spotlight/flashlight looking, which is fine, but it doesn't match up on the kid. Actually based on what you have here, the present is the light source.

As for the stars, if you do your starry sky first, or on its own layer, you will find that it is much easier to prevent them from clustering around the edges which will give it more of a randomized look.

Now the good bits. Your line work is nice and clean, which I always love. However when put against the blurry shadows it really looses it's charm. The textures are a nice addition, particularly at the base of the tree behind the yeti.

Thanks for the critique! That's exactly what I'm looking for, and I'm going to be making several changes before the calendar goes up.

This gets me hard!

I aim to please, at least, I think.

Very clean work, I like the shadows, nice job.

Thanks man! I'm glad for the support.