For the month of February we have disabled ads on all E-M content. We need 211 people to reach our goal of 3,100 active supporters. If we hit that, we'll continue with a new goal in March! 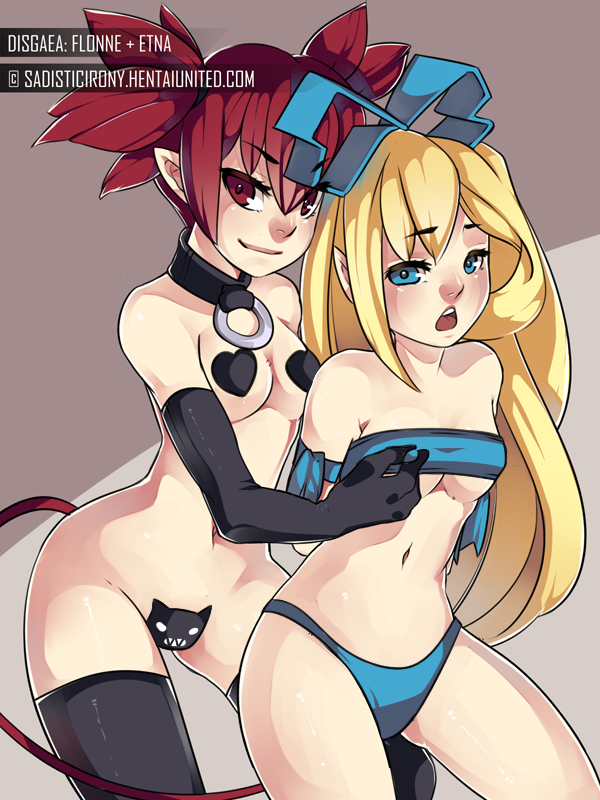 I'm a big fan of the Disgaea series haha. :D

if only there was a sequel video where they were having sex with each other...

Ehh, know that I'm being too critical but those two not having perky instead of rounded tits bugs me. That's not why I'm voting 3 though.
The noses look weird and the perspective in general is pretty awkward, Etna's choker ring looks messed up because of it, and Etna's eyebrow is lapsing over Flonne's fucking hairbow. Come on man. lol