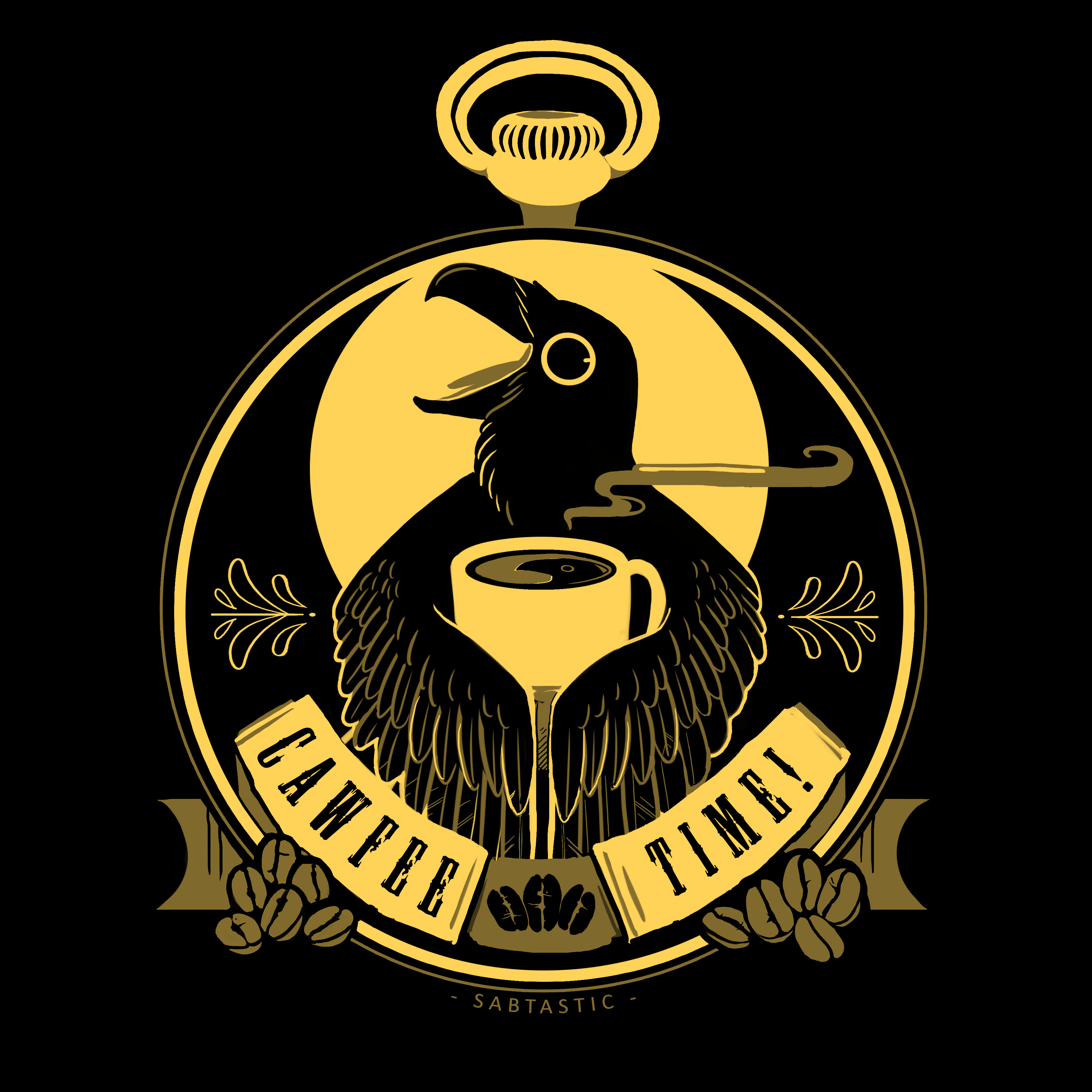 This is the most amazing pieces of art I’ve ever seen, because it’s cute and it has puns.

Your puns are glorious! Keep being awesome!

I would buy this as a pin, for sure.

I really think this would server as great coffe company logo.
The pocket watch look really feeds into that antiquated colonial vibe coffee production gives off as virtue of the beans being shipped internationally, and the stark to two color contrast would mean this could easily be made into a stamp for coffee bags, to give it that corporate DIY look.
In terms of the pun, I love puns, and appreciate your dedication to them.
Earlier today I watching Master and Commander, and their was a great retort to a pun which was; "He who would pun would pick a pocket", and as person who has recived similar disdain for puns, I respect your bravery in making a piece of art around one.
Thank you for making this.
(P.S. is is a Raven or a Crow, because one way you could say the joke was a good telling of a Story and the other that it Murdered me.)