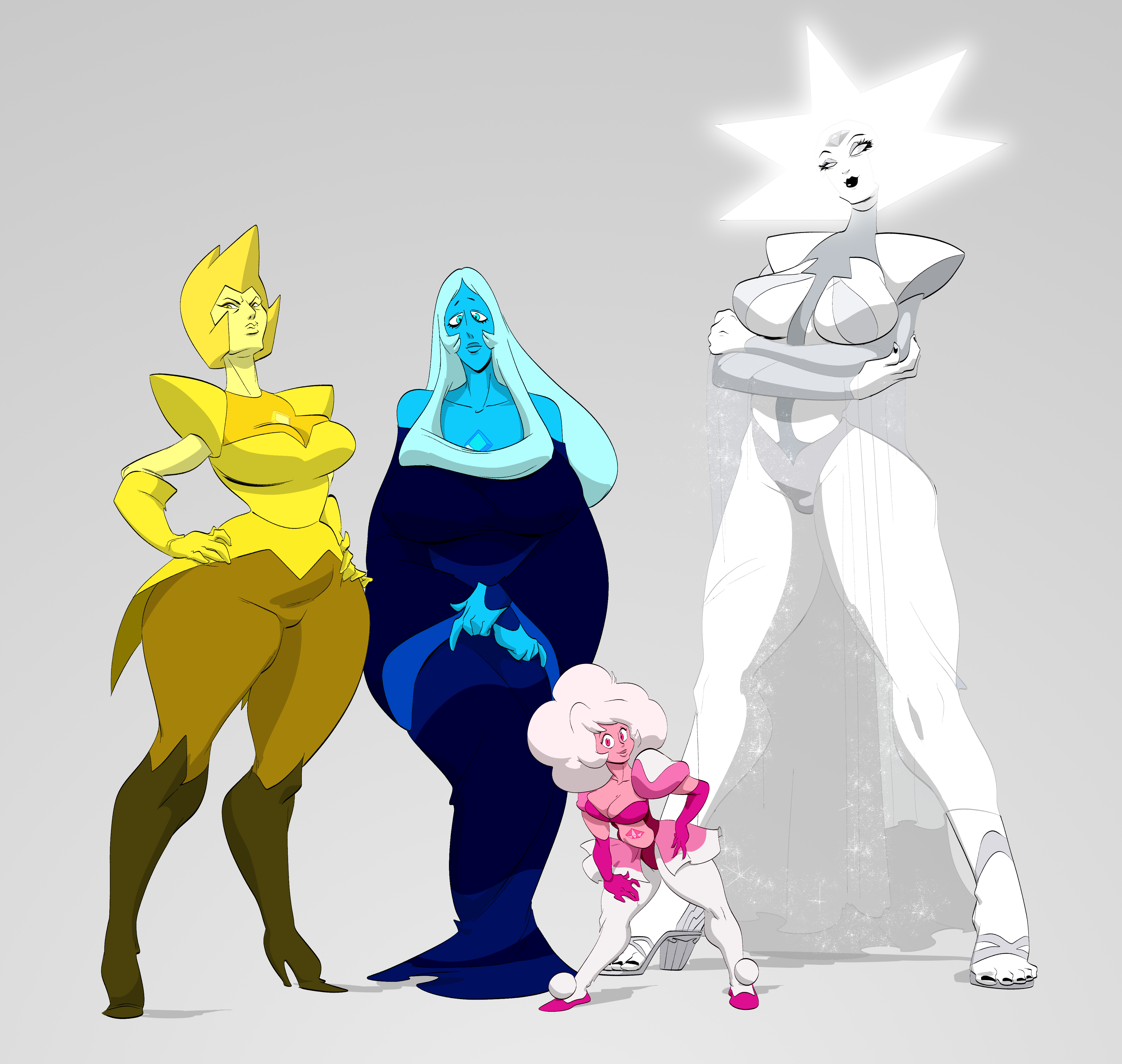 Diamonds: In the Rough (Comission)

You have done the lord's work and asked the question we have all been thinking. Bravo, good sir.

I mean it's not that surprising. This show is made by a dude with a fetish for colorful giantess. Just about everything in this show can get r34'd so easily. They've all got basic bitch VAs so you can get nearly any HVA to play a part. The designs are smooth and simplistic, making it easy to just throw them into any position. Aaaannd . . . they're "Gender-less" . . . 'nough said. Hell, the act of fusing is considered such an intimate action you were shunned and put on trial for capital punishment if anyone witnessed you do it. This series is a gold mine. Where's the pick of every Gem that ever appears in this series engaged in an orgy? Probably missed it and it's hiding in the depths of . . . whatever's left on Tumblr.