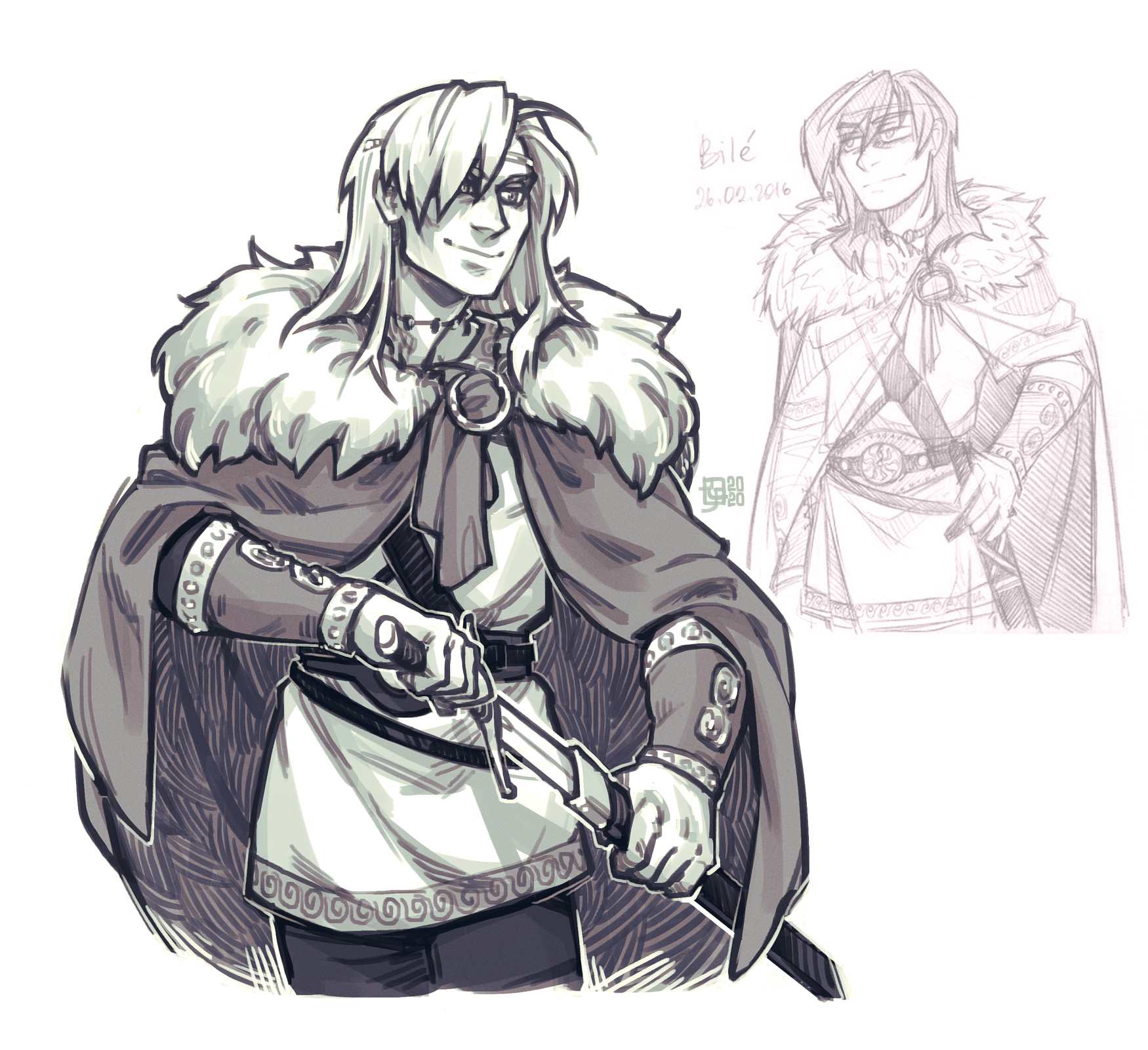 Since I've already touched these characters, I decided it would be cool to make some sort of redraw.

I made a bunch of research sketches back in 2016 - and I don't really want to redesign characters' appearance now, I still like it. It's mostly about looking at my artstyle changing over time.

(The only thing I changed so far is Bile's height and physique, now he's supposed to be much more... er, intimidating.)