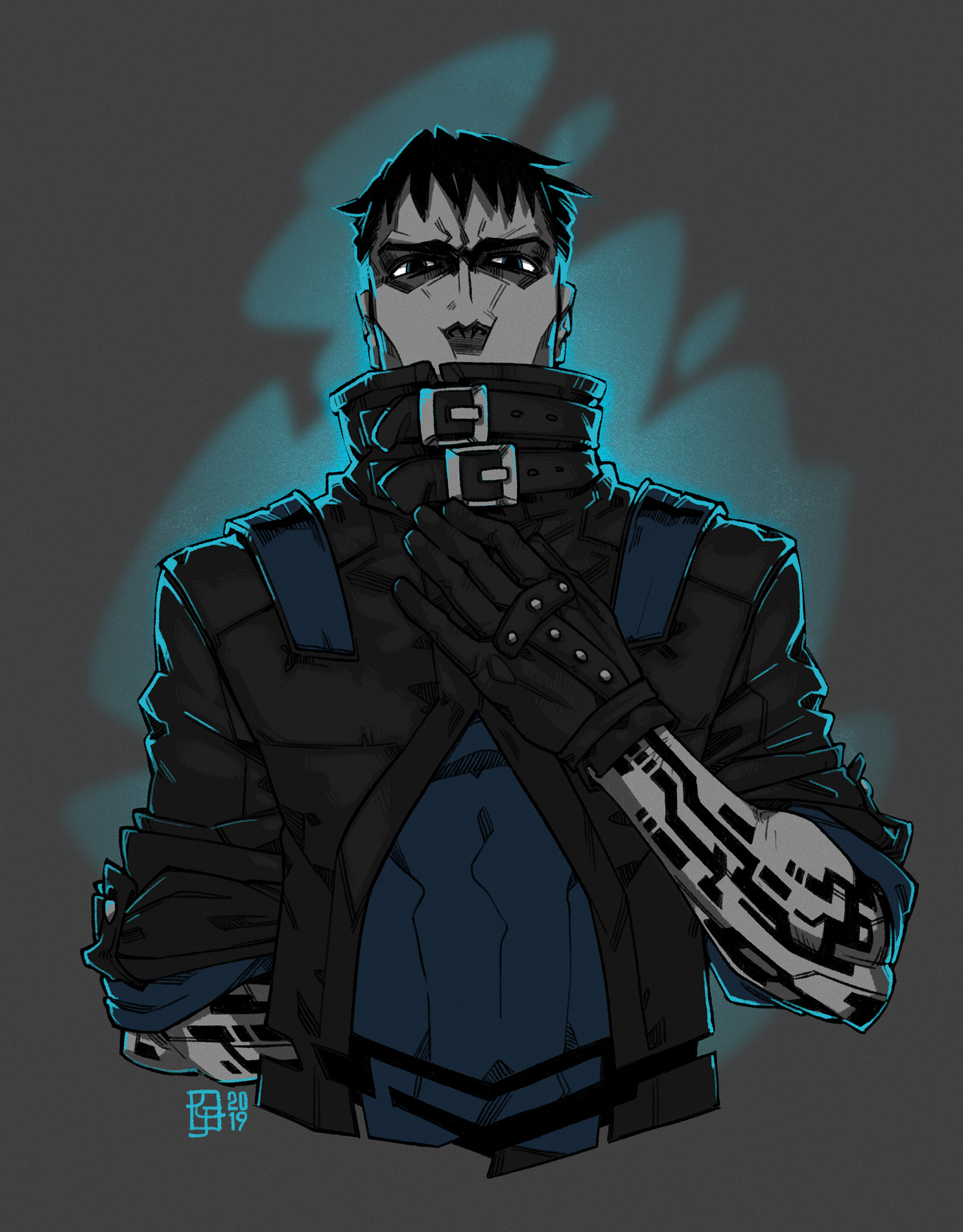 I found yet another indie game, but this time it looks like there's zero fanworks in the internets, or a t least it's too hard to find any.

Anyway, I like the default character, Aeon, his backstory and fates, so I drew this little thing during the weekend. There's a second pic, but I don't want to wait until the multiupload update or use the text editor, so I'll post it separately right away.