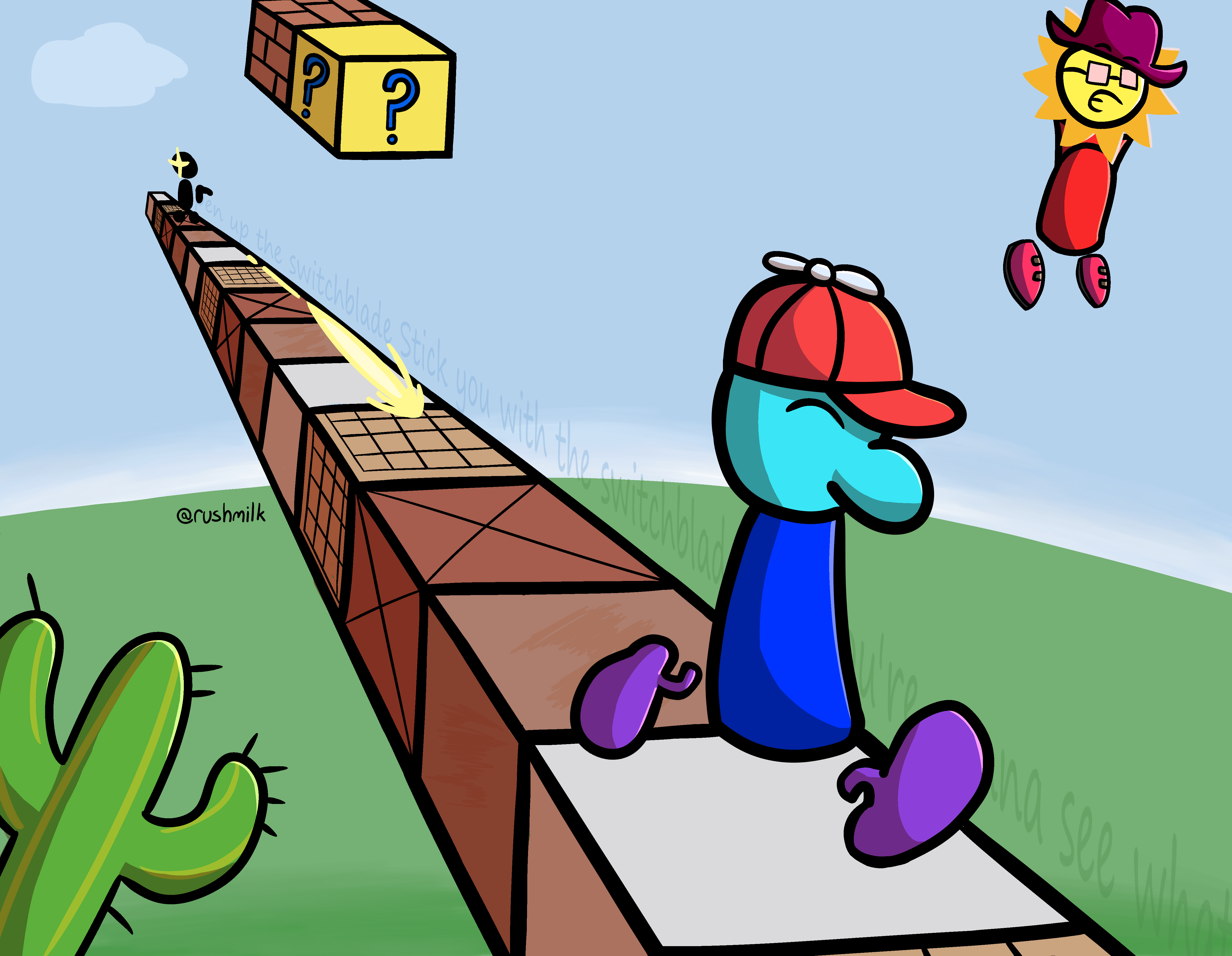 Boy oh boy do I have a LOT to say about Platform Racing 2, so this is gonna be a very long read if you're interested…

As the name suggests, it was an online multiplayer 2d racing platformer with a few rpg elements as well that allowed you to play on levels made by you and the community. I feel like this game was where my imagination was at its most active, I just created a lot of levels and never got bored or stressed out about the idea of creating something. This was also my first taste of a social online experience, I made lots of friends who came and went and they each introduced me to so many things on the internet. I think this was where I learned about youtube poops and other flash games and content creators.

The first account I made was named sonicfan64 because of course, I was a fan of sonic and I also had a lot of appreciation for the N64. Then I started to hate my name and made a second account named LatiosX because Latios was my favorite pokemon at the time and I also happened to have a Latios ex card. I remember the reason I didn't put the e in that username because then it would look like "Latios sex" and I didn't want that :L

Finally, I eventually forgot my password for LatiosX and made one last account for pr2. My thought process on making the new username was this: My favorite ds game was Sonic Rush. My favorite word to say was Milk. So I combined the two favorite things and created the new account named "Rushmilk" and it ultimately stuck. I wasn't as creative on this account, but that's because a few months later I found out Platform Racing 3 was out and immediately jumped to that game to create a bunch of stuff there.

Platform Racing 3 was an amazing game that had a lot more customization than PR2 with level creating. It gave users the ability to create their own blocks along with give them somewhat specific functions and that was a gamechanger. Unfortunately, PR3 was severely held back by its terrible servers at sparkworkz. They would crash about every 20 minutes or so and be down for a frustrating amount of time. I can't tell you how many levels and blocks I lost simply because the servers went down before I could save them. Sparkworkz then shut down for good and for a while took down PR3 with it, but thankfully you can actually still play it on https://jiggmin2.com/

Sad thing is though, if you had an account and created stuff before sparkworkz shut down, all that stuff is no longer there. In fact, the game doesn't have any active players from what I've seen :c

However, Platform Racing 2 is sorta the opposite of this and you can still play it here: http://pr2hub.com/

While this game isn't as active as it was years ago, it's more alive than PR3 currently. Everything from the 12 years it has existed for is all still there and accessible. Surprisingly, there's at least 20 people playing everytime I check. The devs are actually still adding stuff in PR2 from time to time with their most recent patch being about 10 days ago which is really neat, but I feel like at this point they need to make a Platform Racing 4.

OH another thing: The lyrics you see in the background are the lyrics to Detective Jabsco - Swithblade, one of the songs that you would hear in PR2. I'm realizing now that it was very out of place song but it was basically the theme to the game for me. I think I had most of my stages set to play this song, I used to really love hearing it. Fun Fact: If you played the game on Newgrounds, you'd see that the game has a T rating, and the ONLY reason why is because of Switchblade. The reason specifically is because they say the "Bitch" word in the song.