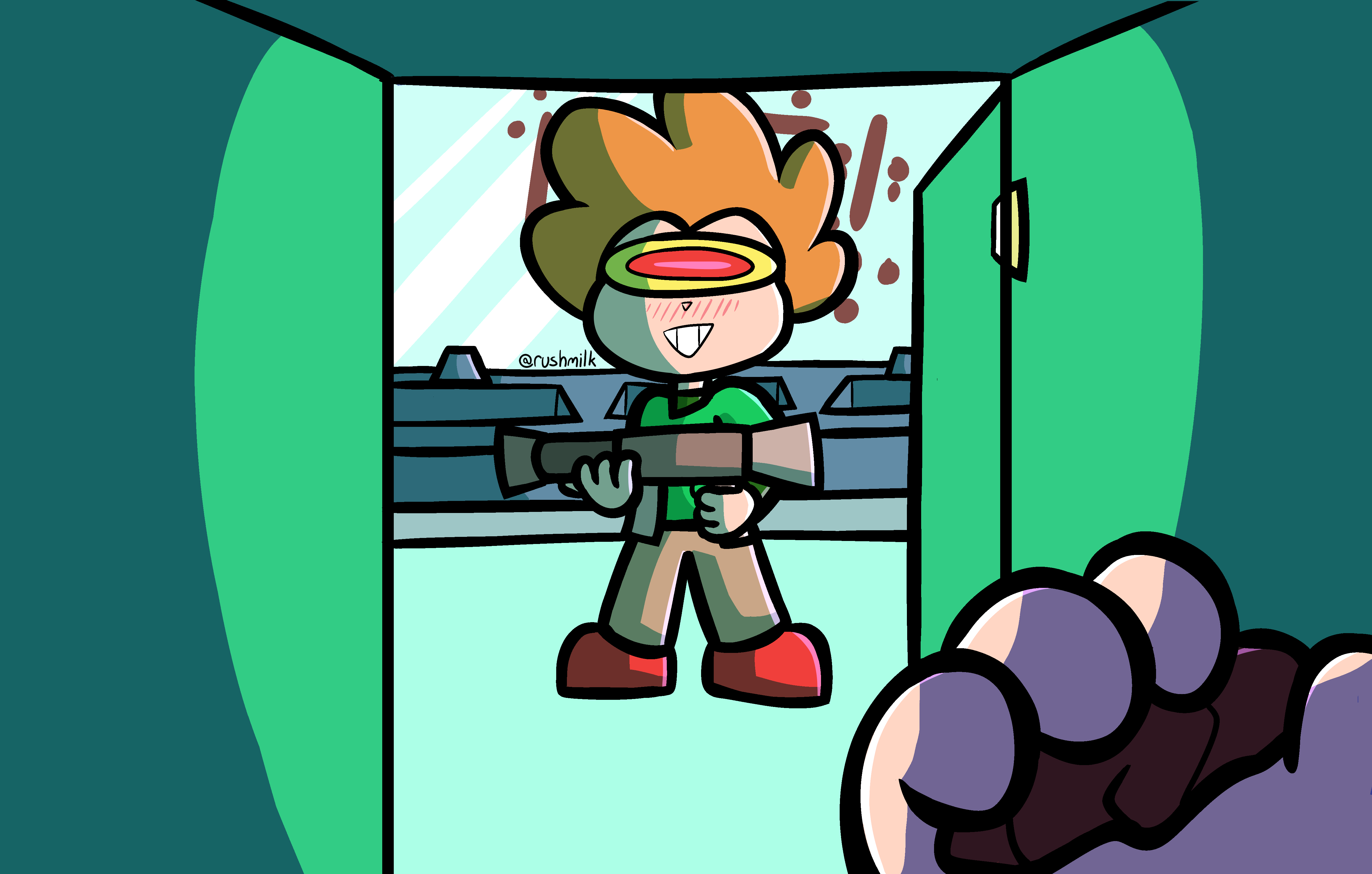 Seventh Piece of flash game fan art I made is for Pico's School by Tom Fulp, the founder of Newgrounds.

Pico's School is without a doubt an important flash game classic and almost every Newgrounds user must have played it. Dating back to 1999, Pico's School was where Pico first appeared and he has become a core mascot to Newgrounds ever since. This was one of the first flash games I played and I became a big fan of Pico related content soon after.

Replaying this game now, there's been a pretty big change to the music, the tracks have been remixed and sound much more clearer than it did which I appreciate a lot. However, I am a little sad that I won't get to play the game with the nostalgic compressed sound that meant so much to me… At the same time though, It's nice that Tom Fulp put this little update to the game many years later.