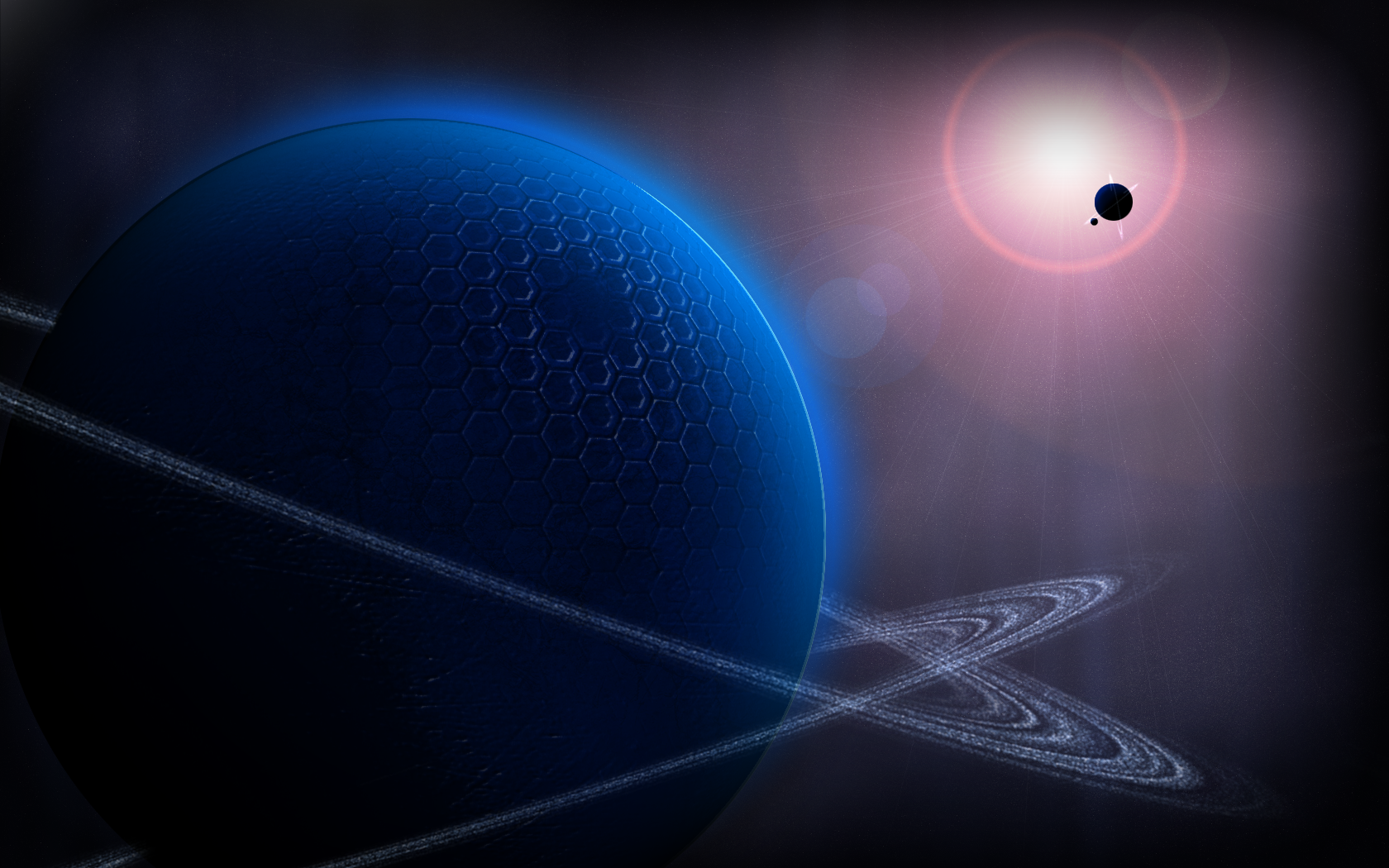 This was my first planets picture created entirely with Photoshop.

It took 3 days to sorta finish this.

Lots of stuff wrong with this

First, the lens flare is stupid. This is supposed to be a wallpaper. A large portion of it is used up with a lens flare. Clean that stuff up.

Second, the bottom ring on the planet completely defies gravity. That's not how orbiting objects should be positioned. There's nothing wrong with being surreal, but that ring looks so off that it's distracting.

Third, the quality of several objects is rather low. For example, the rings look very fuzzy, yet the resolution of the entire work is rather high.

Second, you have no sense of imagination.

Third, the planet is so small, you can see the particles on the ring.

Thanks for the review!

I really like the lighting in this Work. It looks like the into to a video game like halo! Want to see some more from you, good work!