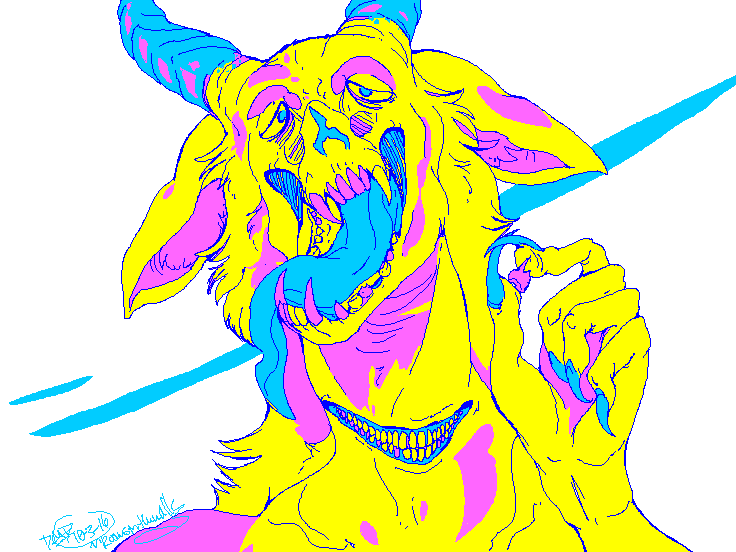 I used to draw in MSPaint a lot in like 2015-2017 when I figured out some of the keyboard commands for it.

Fryit is a monster girl character of mine, a Weeping Weredigo, that I also drew here and there of during that time! Her colours are supposed to be like an iridescent yellow/pink (fur and body) and blue/pink/yellow (horns). Just liked how I didn't have a huge set of rules for drawing her and didn't have to draw her pretty. I love being able to draw characters messily or simply and be happy about it! Also that mouth on her neck isn't a part of her original design, just part of me wanting to be a little more free with how I felt like drawing her :)

I think I'll post more of her at some point too; I really like this character. Fryit's a sad girl :( but she's got kind friends