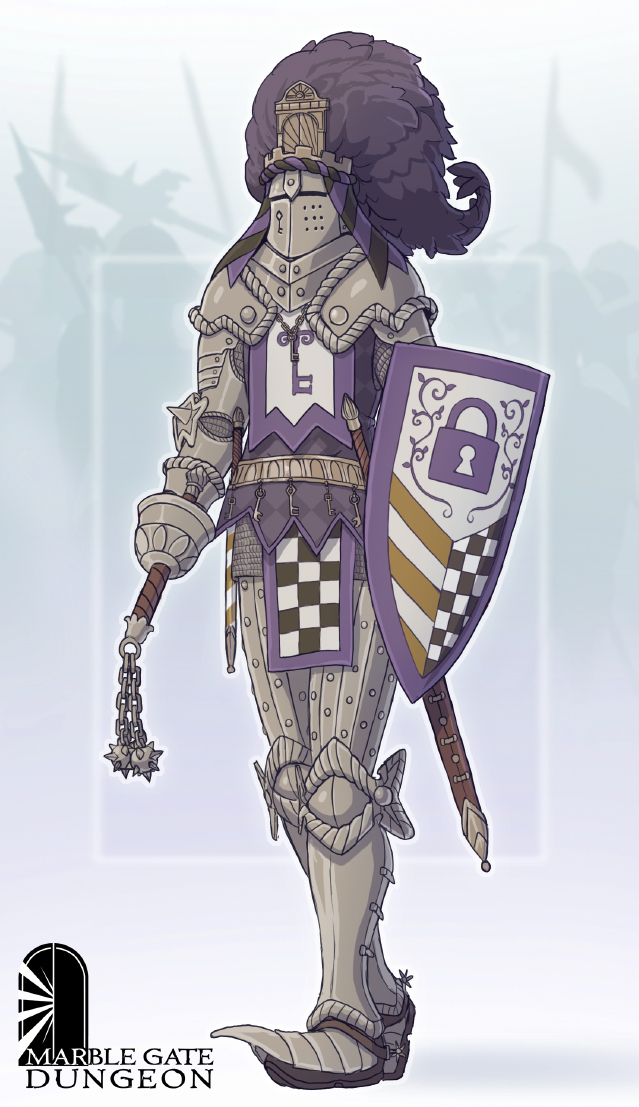 Defenders of the Gate

Some concept art for the setting of my web comic, Marble Gate Dungeon.

You can read my comic here:

The Kingdom of Sword Court, also known as the Realms of Alvultus, is a loosely unified feudal kingdom made up of five realms that all swear fealty to a single royal monarchy.

Though they share one king and queen, the five realms all hold a great deal of sovereignty. Each has developed their own culture, traditions, noble class, and heraldry. The royal monarchy attempts to keep these realms in line, but feuds and wars between each other occur frequently.

The Realm of Estlitus resides on the Northeast coasts of the kingdom. Historically a land of fishermen and sailors, they took on a new identity with the appearance of the Marble Gate. The gate appeared on their land, and predictably the nobles of Estlitus claimed ownership of it. However, with the Arch Wizard Aldos declaring that Marble Gate is neutral grounds, and with the other nations complying, there was little they could do to hold on to that claim. They lost the territory, but not before making a large list of demands to an annoyed Arch Wizard who agreed to them (if only to keep the peace). One such demand was the building of a large church inside the town, dedicated exclusively to the God Solus (more commonly known as the High Father) who is the official deity of Sword Court.

Today, Estlitus serves as a buffer between Marble Gate, and any who would like to see violence come to it. The knights and nobles of the realm fight the roving monsters of the land to keep the roads safe for caravans and would-be dungeoneers travelling to the town. Defending the gate has become a part of their identity, and their heraldry often reflects it. And while they have no legal claim to the gate or its town, most Estlans still insist that the gate belongs to them.