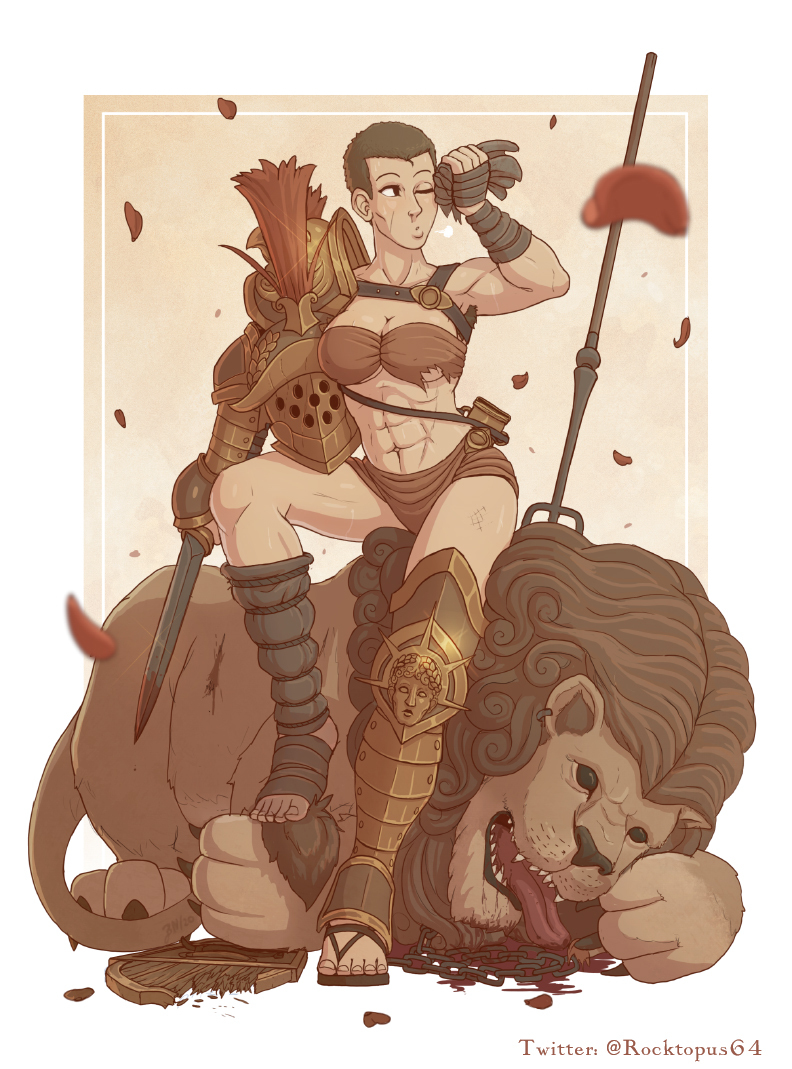 The Brackonan Empire, arguably the most powerful empire in the known world, holds nearly half of the entire eastern content with an iron grip. They are an empire of organized bloodshed and civilized brutality; famed as much for their mastery of math and philosophy as they are for their love of war and carnage. Nearly every aspect of Brackonan culture falls under this dichotomy of civility and savagery.

Unsurprisingly, organized blood sports holds a tremendous and near universal appeal to the people of Brackona. Be it circuses, live animal hunting, slaughter contests, or simple man-to-man combat, gladiator culture is a cornerstone of Brackonan life. Every city and major town has some kind of arena for some form of gladiatorial games, and no governor who cares at all about their standing would dare forget to keep their arena in any less than peak condition.

Many die before the cheering crowds of the empire, but there are no shortages of new faces ready to test their mettle in the games. For those who master the gladiatorial arts and win become like gods in the eyes of the people. Riches and fame undreamed of are theirs for the taking, and perhaps even the chance to be immortalized forever in art and statue.

Rich or poor, male or female, slave or free, human or otherwise, nothing matters in the arenas but the roar of the ever-fickle crowd.

You can read my comic here:

Part of the #15daysoflingerie art challenge I saw some other artists do on twitter. I was trying to figure out how to make the "sporty" lingerie theme work with the fantasy theme I'm doing the challenge in. After thinking about it, I figured gladiators were the perfect fit.