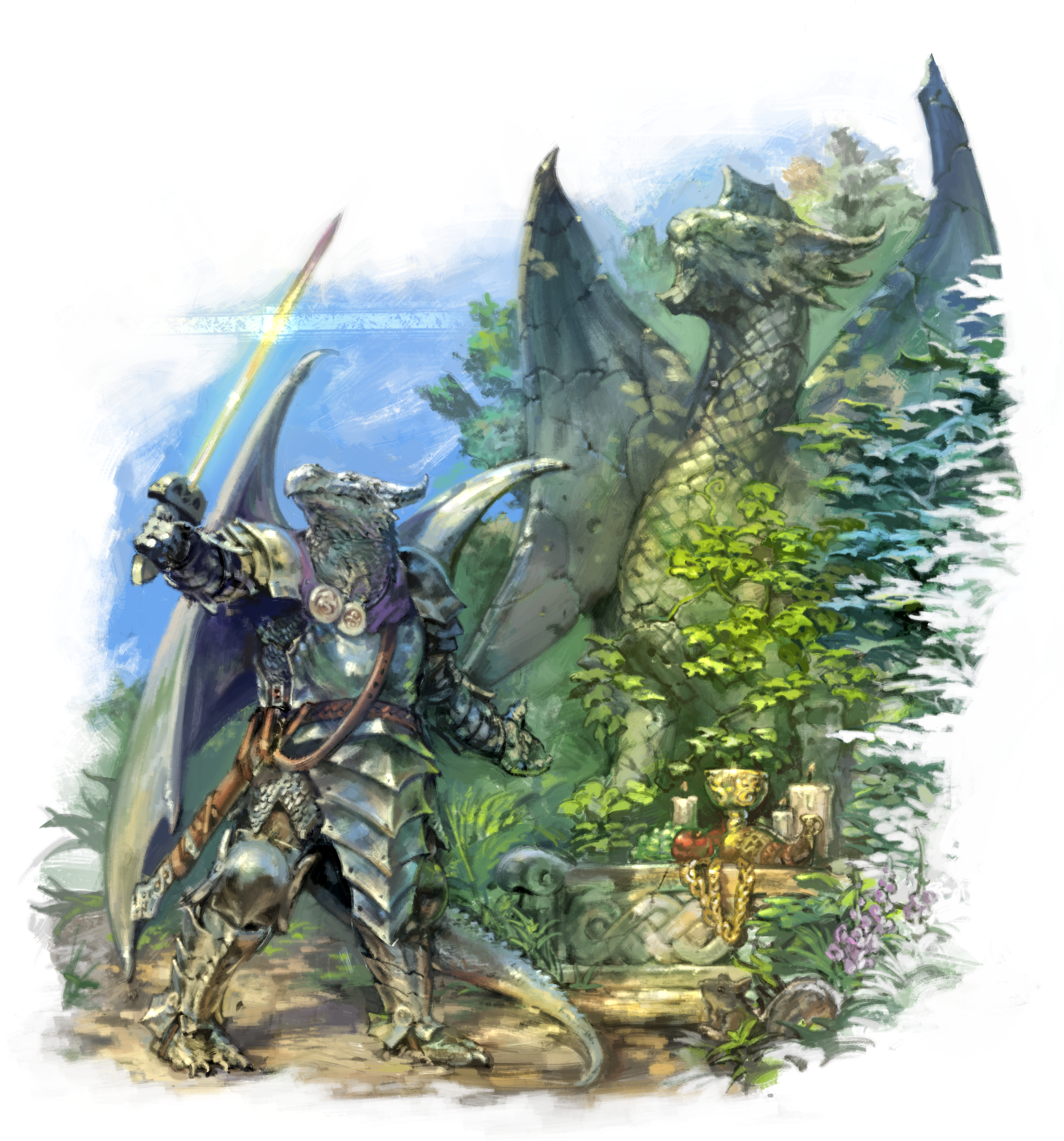 Second commission I had for The Chronicles of Aeres

Single-character half-page of an Argent Draconvir; A subrace of noble draconian knights devoted to the silver dragon.

I drew about ten really similar thumbs in an afternoon and wound up picking the one with the least amount of stuff in the foreground. Basically rolled with the comp from #5 and decided early on to try to do some kind of atmospheric trick with the blank page and stick up a little bit to wrap around the last paragraph.

Kind of abandoned even trying the retro-dragonlance pallet in exchange for one I was a little more used to and it really shows. I thought I could over detail just a few key things and cover the rest with overgrown foliage but had to clean up the foliage anyway.

﻿For whatever reason I decided that a burnt offerering would be too hardcore so it wound up being fruit, wine, and treasure. Bon Appetite.