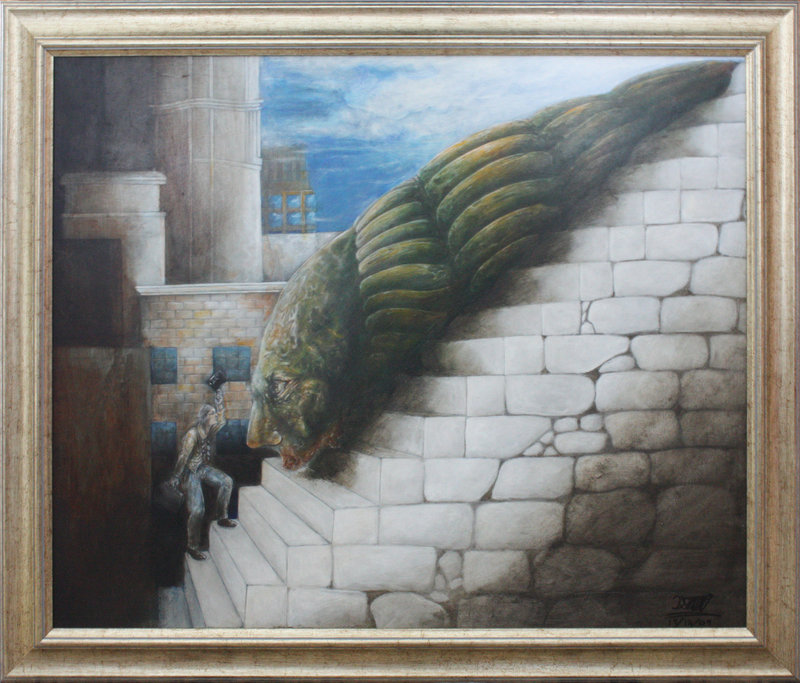 Yeah, I feel so strange when I see your acrylic. This is an intimidating thing but not terrific. love the idea.

For the moment, I try realize a drawing inspired by the movie the Blob. Quite terrific of course. I love the idea of a human meeting a creature, each one looking at another.

Borntodream
Looking for those one who want to scoute me

I feel a sense of unease when I see this picture. The contrast between the friendly gentleman and the seemingly intimidating snail-like thing brings such an sense of unpredictability it's hard to describe.

You are not sure of the "snails" intentions. But if he wanted to he would be able to kill the man. The way he is going down also poses a sort of threat to the man. It is such a good contrast between possible naive friendliness and a possible evil force. You never know what is going to happen next, I love this picture.

You sir, are the only one ive seen yet who can master the art of Twisted ART without mutilating something. keep making more. you have a fan :)