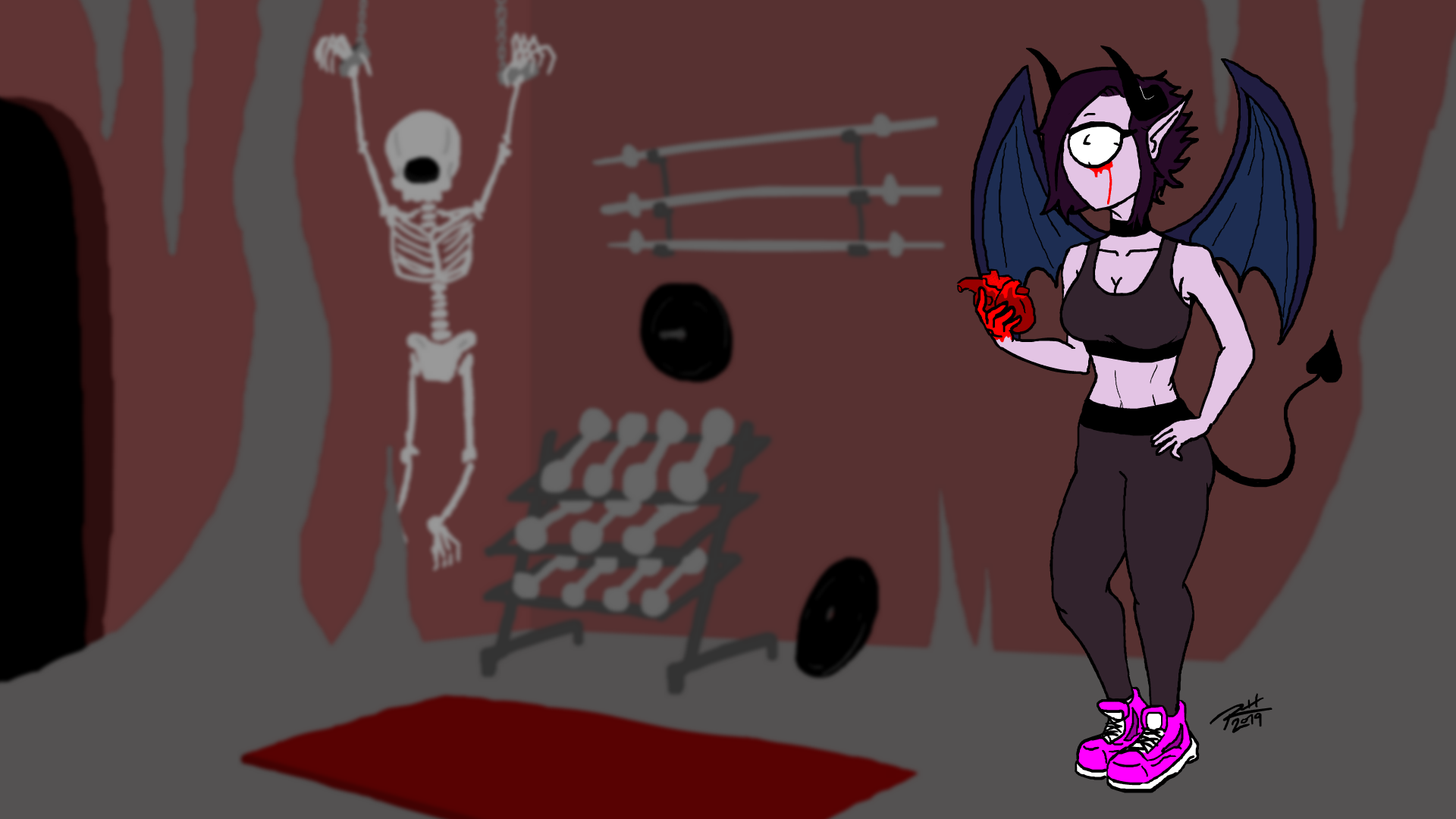 Started off drawing @SuccubusClock in something a little less skimpy than usual, developed it into an entire scene.

another nice detail is her tail and her hair, along with her bat-like wings.
she also looks good in the gym outfit, even if its indeed less skimpy than a succubus's typical attire.
the sport's bra and the leggings are nicely drawn, and with good colours too.

as for the whole pic, it has good linework, nice use of colours, and a blurry, but cool background.
its dark that succubus clock is eating someone's heart (and the victim seems to be a dead clock, judging from the skeleton's skull in the BG, since it only had one (clock) eye.)
but its a cool drawing, and its nicely designed.