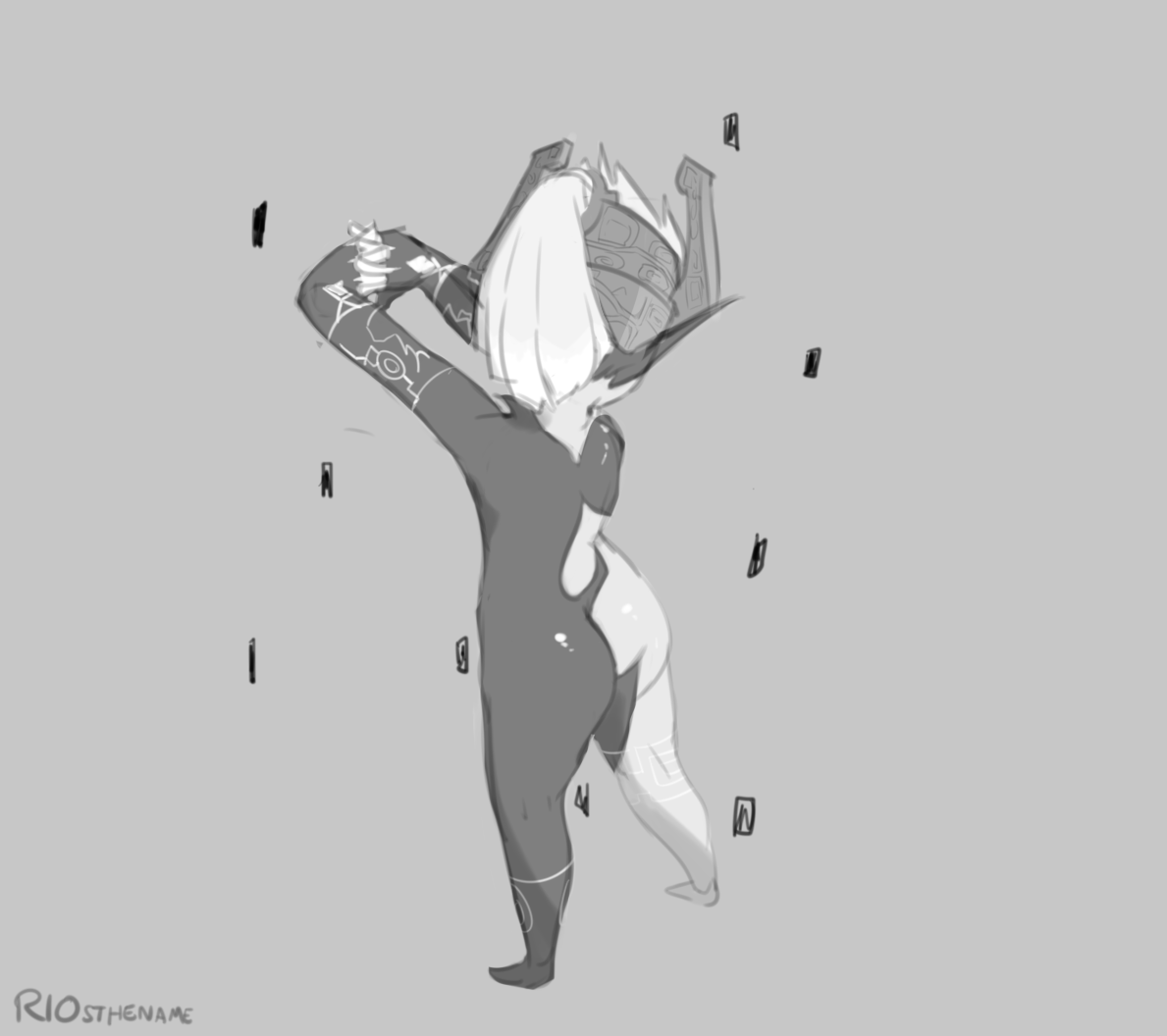 I drew a grayscale midna for a warmup ^^

ADDING THIS AFTER I WROTE THE SHIT BELOW. CHANGE THAT RATING TO T, IT'S NOT RISQUE ENOUGH FOR M AND I THINK AS MANY EYES AS POSSIBLE SHOULD SEE THIS BEAUTIFUL WORK YOU'VE DONE!

Shit I'm just going to drop 90% of my in-depth pseudo-professional critic persona right now and slap a 5 star on this. It's absolutely gorgeous. I fucking love it. It perfectly portrays the otherworldly visage of sexy cuteness that Midna embodies. The Rating should be Teen at most, by the way, as this is more or less how she was depicted in the actual game which is only rated T. If viewed from behind you could see at the valley between her buttocks - at least subtly, but not so subtle go unnoticed by hormone riddled teenaged boys - and this doesn't go much - if at all - further than that as far as what's being shown here and the nature of the image itself certainly isn't worth limiting your audience reach with an M rating.

I've just unfollowed, and refollowed you just on principal.