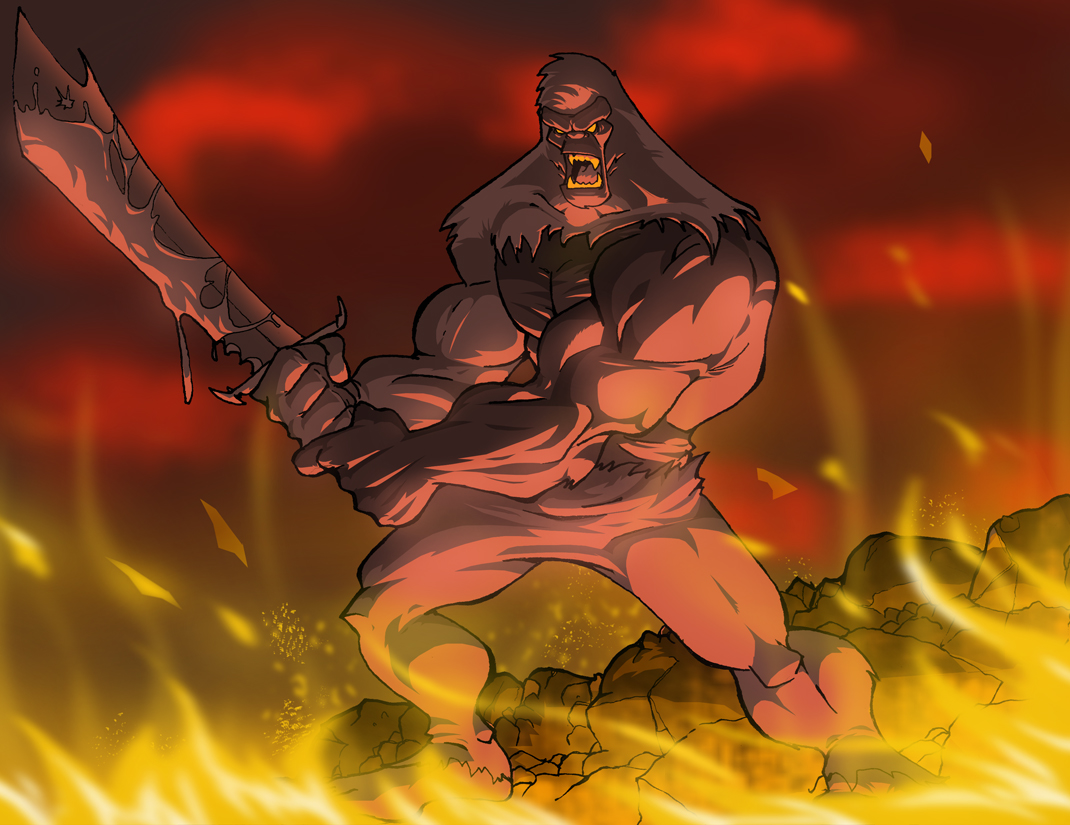 Here is a concept drawing I did for a scene of Primal War 20.I needed to get stoke for this scene so I needed to get the rage of the white gorilla in his final battle. Doing this animation I seen myself running out of gas , so I have to draw out the scene to get me going again.

While I am not one of your biggest fans, this was still great to see because really shows how talented you are. It has been a long time since I have seen an entry, but I do recognize the character. The most awesome thing is that he's shown with all this fire around him. It's a great way of justifying and showing off the lighting effects. I don't know what creature's blood is on his sword. It almost looks like white blood!

I don't quite recognize the sword, but I have of course seen so many swords it's hard to tell. It's this sort of thing that makes you eager for the next chapter. It has been going on for a very long time! It looks like he might be on a volcano because he appears to be on some mountain and the background is red. A white gorilla could handle that!

what kind of program do ppl use to color that in?i want it!
the sword is beast( no pun intended)

HELL YEAH THIS IS ONE OF THE COOLEST THING EVERRRRRR!