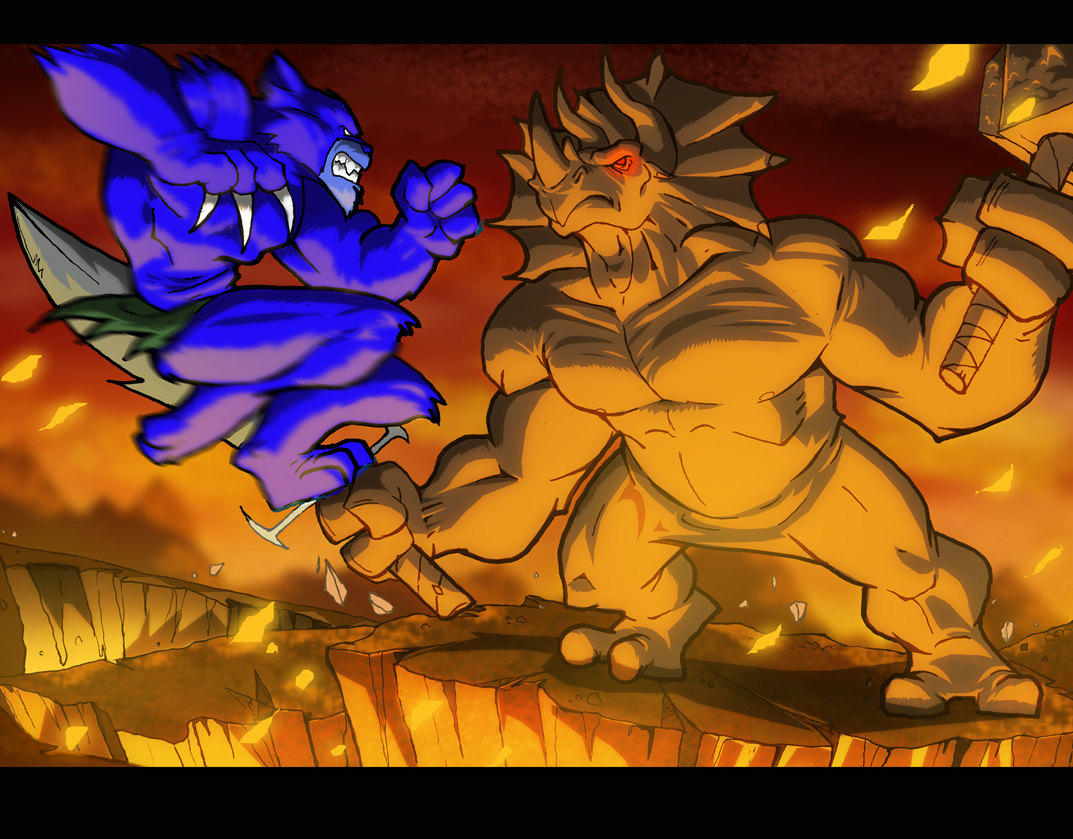 Another concept art base on my final Primal War project . Done in photoshop to then do in Flash

This one's not only hugely atmospheric (the lighting and shading really does make them look like they're being illuminated by a blazing inferno), it's bursting with ferocious energy. The poses and expressions of both characters do a fantastic job of conveying just how serious a fight this is, and how powerful they are in different ways. I especially like the blue guy's pose; the way he's curling himself up so tightly as he leaps suggests that he's about to unleash a deadly strike with those claws of his - one that could fell his opponent before he even lands. An inspiring piece, to be sure.

Awesome piece overall but I see 1 minor..or major issue towards the overall direction. The wolfs legs need to be switched do to the angle he is jumping at. It might just be me, but it seems from the neck down he is going a completely different direction than his head and arms just because of the direction of his legs. Then again, he might just be jumping from one cliff to the next to get to that hulking man-whore of a Tricerotops dual-wielding the toe-nails of gods two big toes. But if thats not the case, the legs need switched around lol; overall I completely agree with the others who say this is a masterpiece in its own mind and work and would undoubtably get a 10 from me if it wasnt for the legs.

This is freakin sick. I love the atmosphere of the whole thing. Amazing job

Noth is a baad motherfucker!

OW MA GAWD! The lighting on this is Amazing! Photoshop and flash ...ahhh an awesome combination, bin trying to figure that one out my self. You can really make things come to life with shading. Oh and the texture is very well done on the background.