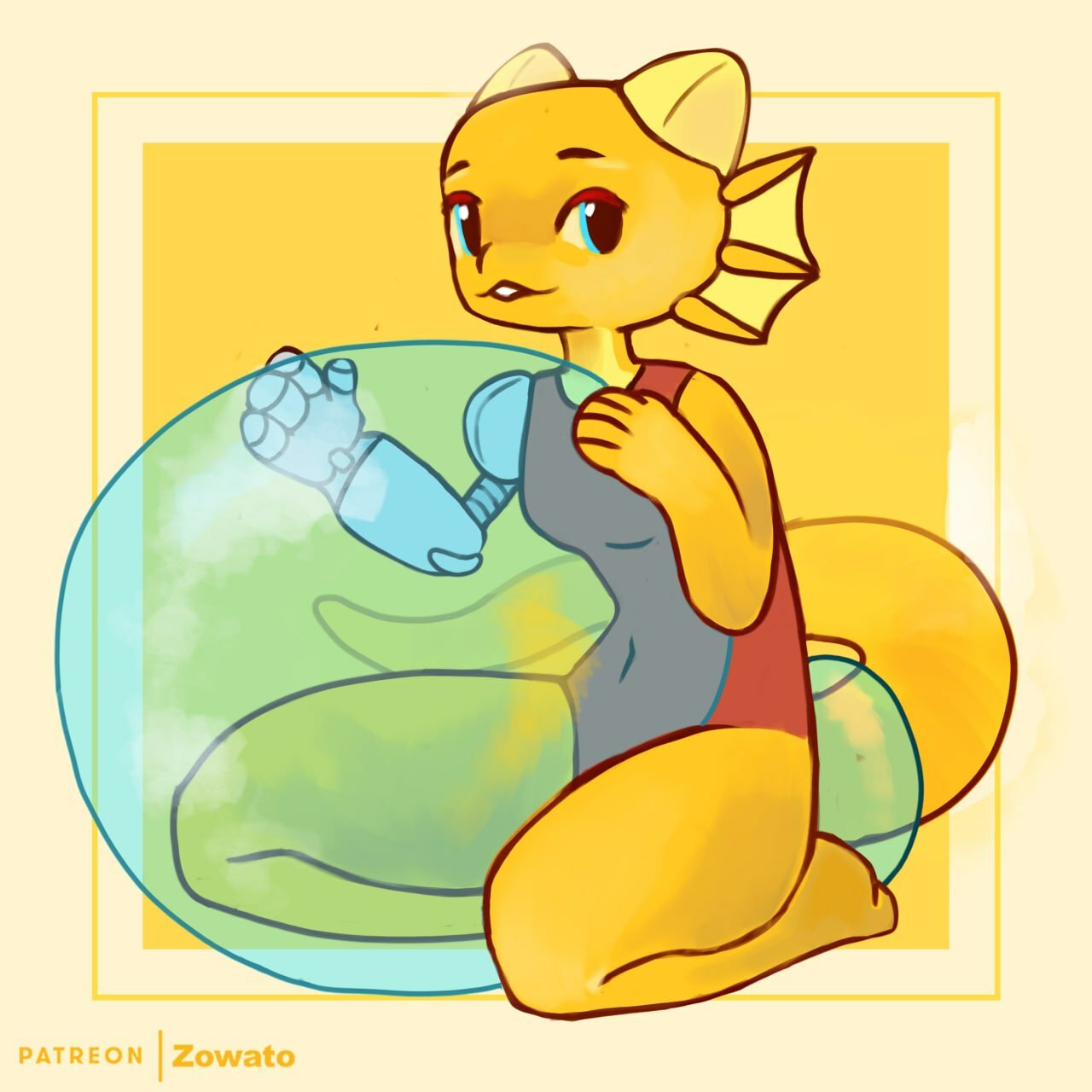 deviantArt | FurAffinity | Twitter (Art) | Pixiv | Derpibooru | Weasyl | Inkbunny | SoFurry | Newgrounds | Discord (Art & Emoji Only)
--
Commissioned artwork illustrated by Zowato. View the original here: https://twitter.com/zowato/status/1343180600459603974
Cassie is from Starbuster. You can get the latest version here: https://twitter.com/Starbuster_Game
I am not affilitated with the game (as of writing). I am just an enthusiastic fan.

One of Cassie's acqaintences claims to be an elastics researcher and as a side gig of a side gig while they try to get their retail business off the ground. While looking for some new workout gear to keep on Petrov, she's offered a free exercise balloon to keep, as long as she does a review after a week of use. It's supposed to have all the same benefits and features of the modern self-inflating, self-healing, anti-burst, usage monitoring, color changable exercise balls but from cheaper materials that are much easier to get on the average planet in the system. In reality, the technology behind the invention isn't that much different from the balloons of Earth several thousands of years in the past. But the right customer on the right planet at the right time doesn't need to know that...

Now, while they're not exactly friends, they're both friendly enough and savvy enough to understand the implied favor here. So Cassie sets the streaming deck to record, loses her top, and gets to exercising.

(Despite owning several sets of the same uniform, Cassie probably doesn't take them all with her when she deploys on world. This isn't directly related to the thought above, but I'm curious if there's canon thought around this. I suspect not.

Also it's like, several thousands of years from now, so like. Would they even need to set things to record anymore? At some point they probably just have tech that lets anyone observe anyone else they want to if they have the money to pay for it. I assume any given portion of Petrov probably has observation gear installed for security reasons, not so much meant for personal use. But Cassie and Sally both probably know how to get into those systems whenever they really want to.)