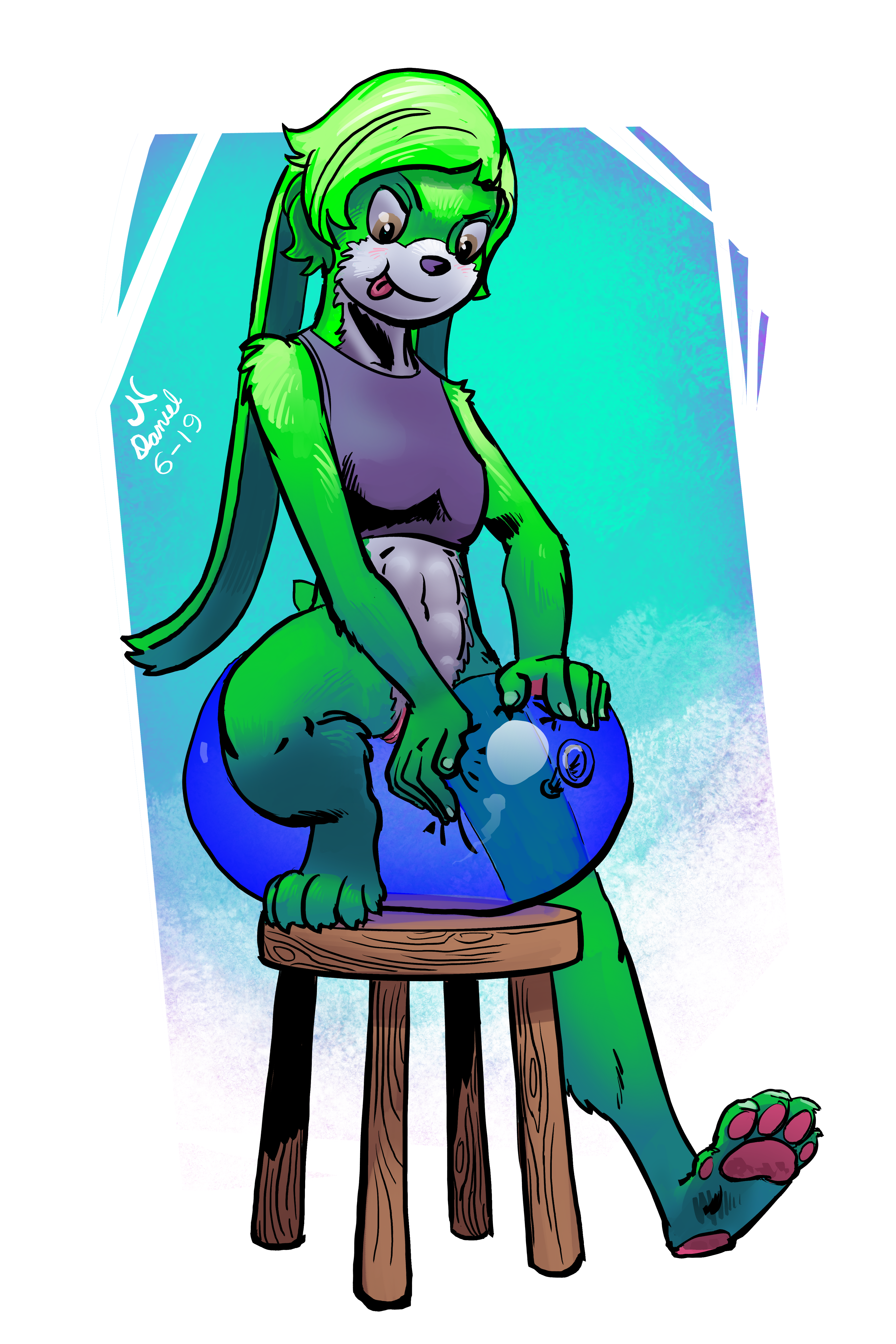 Might wanna check out their Patreon or try a commission if you would like to see more like this. He enjoys drawing attractive female anthro designs, so I'm sure he'd appreciate the work. He even offers a character design service, if you don't have a specific character in mind. The very same service that brought Everest into being.

I mean, if you wanna get some fanart based on "High School Inari Tamamo-chan!", that's totally an option.
Or if you want to see Everest with her top off, that's an option too. I won't stop you and P5ych certainly won't.

I only have so many personal resources to contribute to balloon-centric content. If you would enjoy seeing more work like this, please consider sharing this art and supporting the artist directly through commissions and Patreon. Even the smallest contributions add up. (Alternatively, we could pool up money to fund a longer comic on this subject.)
--

Can't help but imagine celebratring New Years Eve with Everest and friends is a real blast!
--
Back in March 2020, I had written up a story rough idea involving this character loosely based in the setting of LK. I decided not to pursue fleshing it out for a variety of reasons. I'm pasting it below for anyone who might be interested:

Not sure if I'm gonna push this idea a little farther or just shelve it: Everest is the youngest teen member of the family business. Her duties are little more than to tally inventory at the start and end of the day, and to assist delivering sales. When her mother dies searching the underground dungeons, it is now her duty to direct the business and its workers in her mother's stead. While her mother's advisor, guard, and closest confident Blythe is ready and willing to help, Blythe's withholding of secrets and resistance to Everest's decisions worries Everest.

Consulting her estranged father, it is evident that the bulk of the business's income depends primarily on dealings with cults, schemers, smugglers, researchers, and dancers. All of which are now trying to excert their influence on the neophyte management. The father pushes her into the dance group, asserting that he could manage things in her place. Blyhthe catches her during one such performance and intervenes (with their fists).

Blythe reveals that the reason for exploring the dungeon with her mother that day was in hopes of finding an ancient machinery that could improve the effenciency of their business to create 5 times as many products with the same amount of resources. The rumor was from one of the researchers already invested in the business, who discovered the business functioned only be restoring, maintaining, and operating an ancient machine to mass produce goods from cheap and plentiful material they already had. Their intent was to seize the machinery so they could keep it to themselves and not have to work ever again. Blythe was witholding this information in hopes of not encouraging Everest to go seeking it herself.

The enhancement machine is real, the cultists found and retrieved it, they will turn it over in exchange for some (all) revenue going forward. Smugglers are willing to cut a deal to sneak it to the business, but machine will not work without researcher help. And a Hound Dancer happens to be particularly gifted for dealing with that old tech, but is only willing to join if the father is killed.

If you want to see more of Everest: http://fav.me/dcriw5v