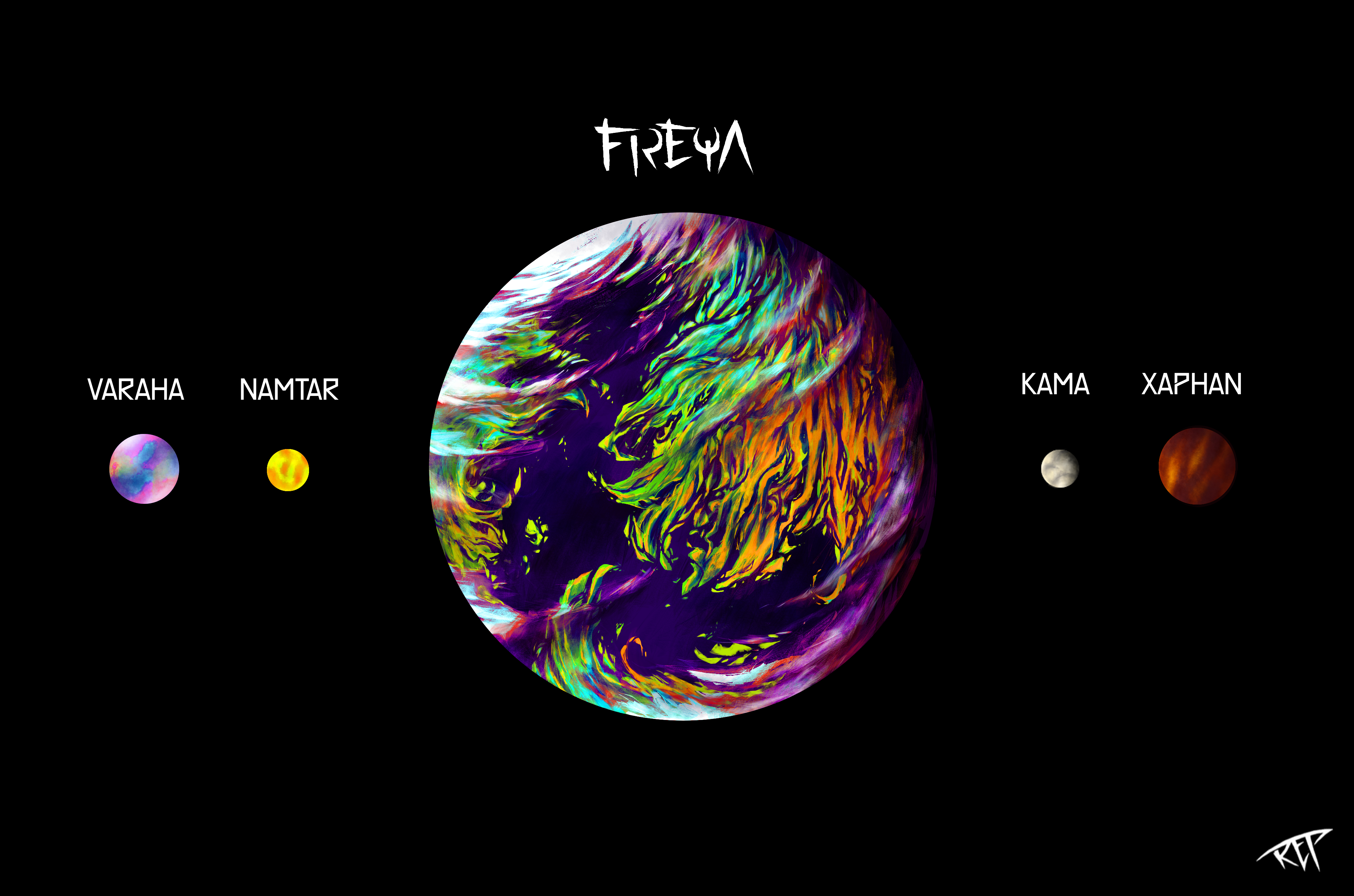 SUMMARY: A flourishing "Earthlike" planet full of oceans, forests, valleys, mountains, deserts, and tundra regions. Beautiful surface full of life and vibrant landscapes - Sky appears as a warm purple. The natural inhabitance consists of Humanoids and vast animal life. This gorgeous planet is unfortunately riddled with controversial civilizations of various religious beliefs that poison the peace of the world as others attempt to preserve it. All life and natural events on Freya are heavily influenced by the four sacred moons. Each moon has an effect on the natural occurrences of the planet's surface.

Each moon also represents their own Deity which the civilizations construct their religions around - Creating conflict amongst the factions. The aura of these Deities birth ancient creatures on the surface of Freya. These consecrated beings are known as Mythics and they share attributes of the moon who created them. Although most praise the strength and wisdom of these glorious beasts, they are commonly hunted to unrightfully gain the immortal power of the Deities.

This explains the rare animal-like appearance of humanoids on the planet. They are called Clairvoyants and are prophesied to guide all life to harmony... but the ignorance of humanity twisted these gifts into tools for power.

This leaves Freya into a spiral of endless war between its nations, dwindling the hope for it's integrity.

Deity of Life, Growth, and Healing

Qualities: Appears to vanish or hide from light.

Deity of Death, Fate, and Fearlessness

Deity of Past, Patience, and Freedom

Deity of Future, Haste, and Advancement

Qualities: Formations of ash clouds give signs of future events.