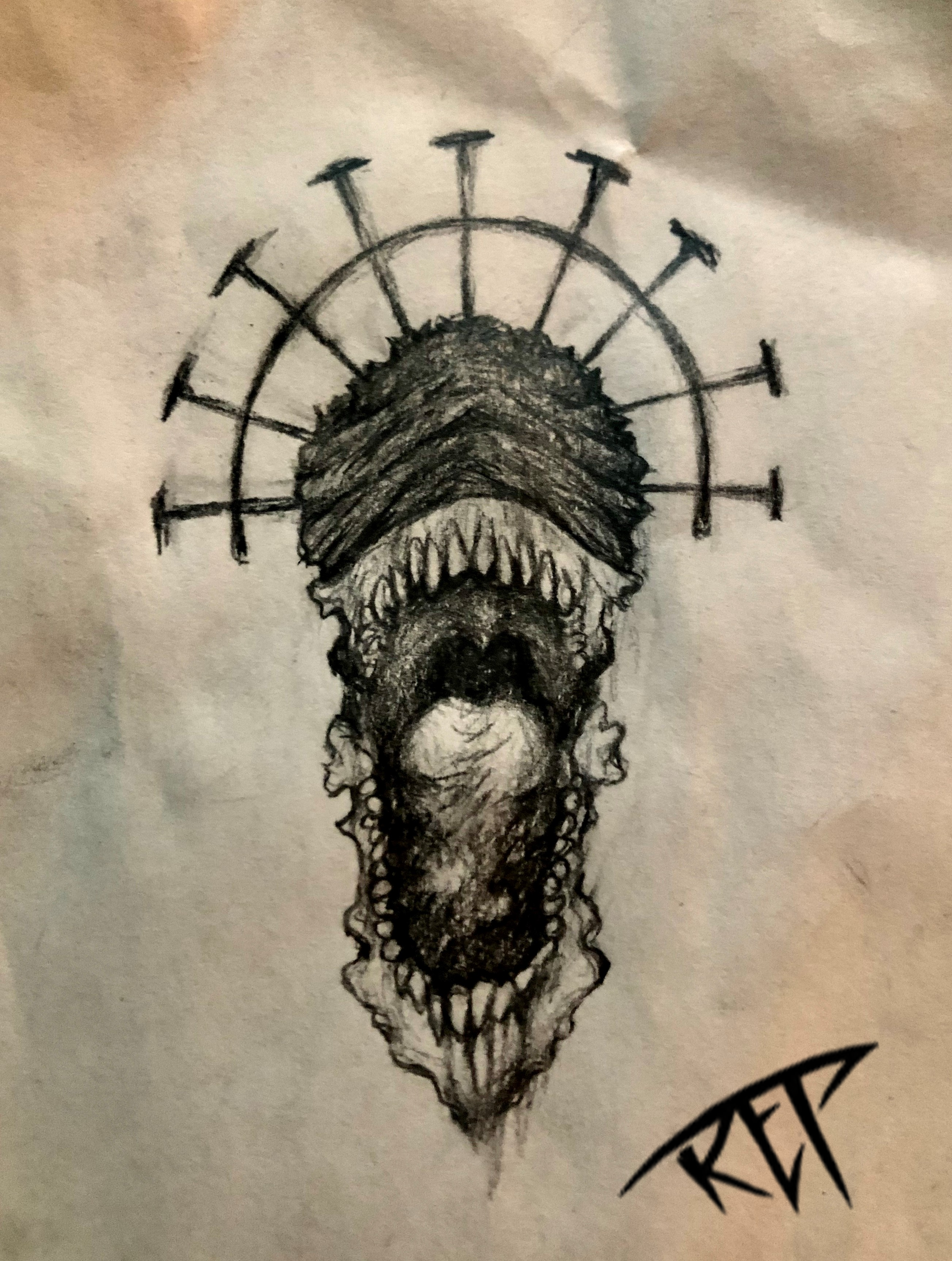 A necromantic plague lead by the angel of Wrath.

Infecting the planet's oil with a horrific undead disease that rots the skin of its victims.

Boiling and hazardous to mortal life.

Spawns hideous abominations of flesh and metal that crawl out from the cracks on the surface.

These ascended creatures are known as the Damned, and are identified by this symbol.

Saburra is rich with a valuable oil desired by many as one of the most efficient ship fuels.

It's most commonly found closer to the planet's core (Heart of Saburra).

But this element consists of qualities that bypass the laws of the dead.

As life dies on the surface, their souls are pulled toward the core to replenish the life source of the angels.

This dense material captures the souls on their journey through the layers of the planet.

The friction caused by the panic and struggle of their escape, rapidly heating the molecules in the oil.

Temperatures continue to rise as more souls collect. Endangering the stability of the resource.

All leading up to the "Age of Grief". This era was sparked from the human rebellion against enslavement of their people from the undead imperial species: "Waste of Flesh"

Marking the moment plagued souls infected the planet's oil, slowly boiling it into a toxic necromantic manifestation. Through out the Age of Grief, more and more Waste of Flesh were killed... cooking the core to instability until the day of Saburra's Doom.