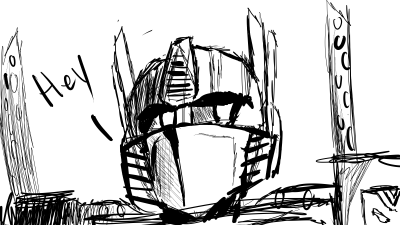 Made a trans formers funny face. I did not do a full body cause I never watched transformers that much honestly. I watched the first movie and half of secound movie and ending of third movie and only seen the robot chicken jokes about them but never real cartoon. So I would like to go watch that cartoon series "Transformers" before giving it full body.

The meme is the title plus the picture I did not know what to make title so I made it a joke no offence to trans people out there ok.

Just wanted to make it look like a transformer makeing that look and saying dialog to a human talking to another human like.