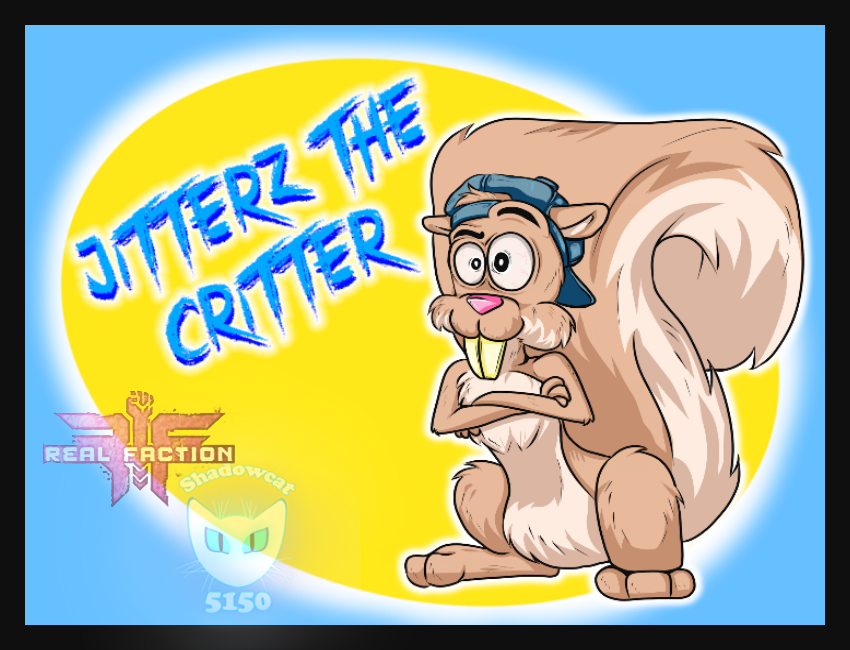 ShadowCat5150 and I made a character named Jitterz, the caffeinated, crazy, squirrel. She told me to upload it to my account. Check out her other work: https://shadowcat5150.newgrounds.com/

Shadowcat5150: The original design of him was more of a goofy thing that I had no intention of saving. RF convinced me to redo him, and this is what became of him. All the while I was drawing him, RF kept laughing as I was constantly screaming "HE IS THE MOST ADORABLE PIECE OF CRAP I HAVE EVER MADE!" It was a fun idea that maybe one day will be a thing like Foamy or Salad Fingers. A novelty.

RealFaction: So, on a Discord call, I was using a voice changer, had this high-pitched "squirrely" voice, so ShadowCat and I came up with the idea to make this character, that we might make into a series. I can't say this is like my usual ideas, but she made him look friggin adorable and hilarious. I made the background and typed the text, pitched her the ideas for him, she added her own ideas, and voila!