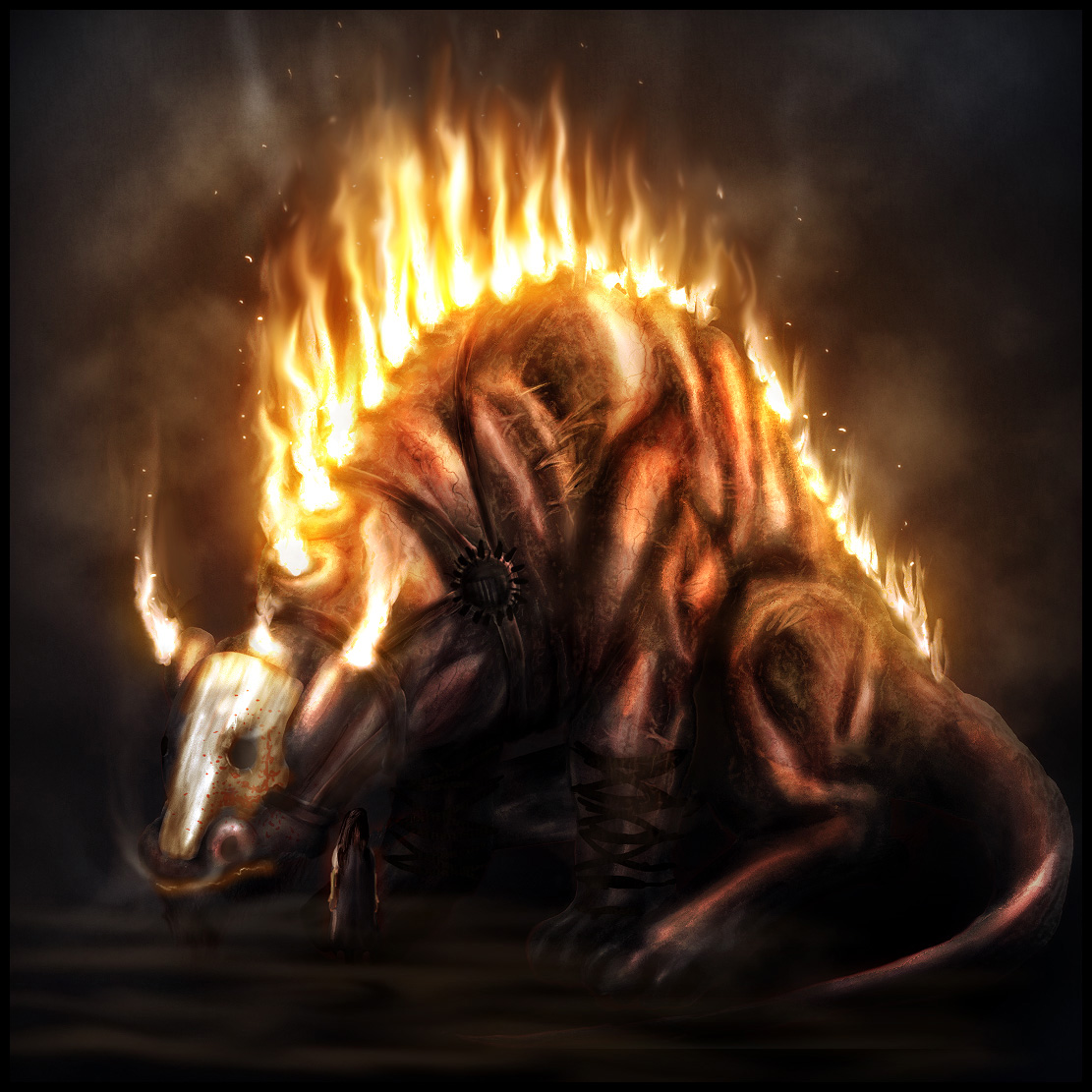 Creature design for the creature of the week thread in the art forum.

Well first off I want to commend you on such a beautiful element of flames and fire they look realistic, would have been cool if the eye sockets had flames spirting out, The colors are really cool I like the flames in the back I like the darkness of the whole image, Though I'm not exactly sure what it's supposed to be It's still really cool to look at It's not really scary or creepy does not really grab your attention, Still a really cool piece though Maybe lighten it up just a tiny bit so we can see what it is

@Dave It's not a stalagmite, it's a person, possably female, with there head down.

Beatiful composition in general. Just great, excellent use of effects. Those flames are very convincing, giving the monster a sense of motion. The warm colors make me think "volcanic cave". Accentuating the muscles of a non-existent beast isn't easy, nor is drawing such a contorted figure. Even though it's obviously based on a bull (including smoke nose-ring), it is still difficult to make it seem so...mystical?
I think you've done a really good job, the only thing that throws it off is the one stalagmite in front of the monster's head...which, now that I've had a look really plays tricks on me...it is the only confusing part of the entire piece....which is still conveyed extremely well, nonetheless.

I just have trouble placing it's face.
I want to just give you the benefit of the doubt, however, because as a whole the composition is beautiful, and it seems like the beast is almost being lifted from the ground...or just dropping in...either way, I think this could work as an action....so I won't hassle you for the face!!