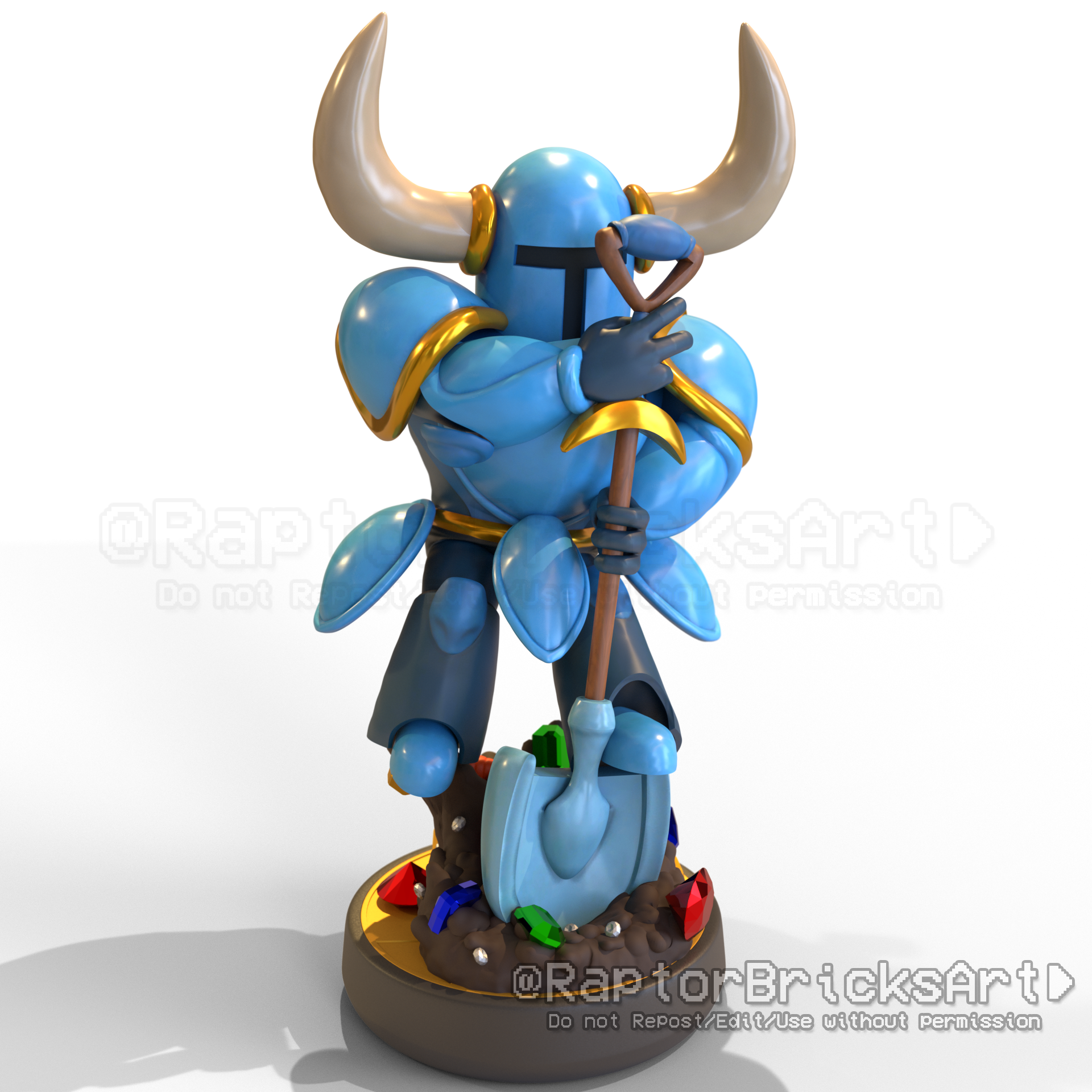 I wanted to try my hand at designing a custom Shovel Knight Amiibo, speculating what it would be like if they ever joined the Smash Bros roster.

Let me know what you think!

Shovel Knight's model is a reworked and enhanced version of their Assist Trophy model from Smash Ultimate, though everything else is made from scratch.