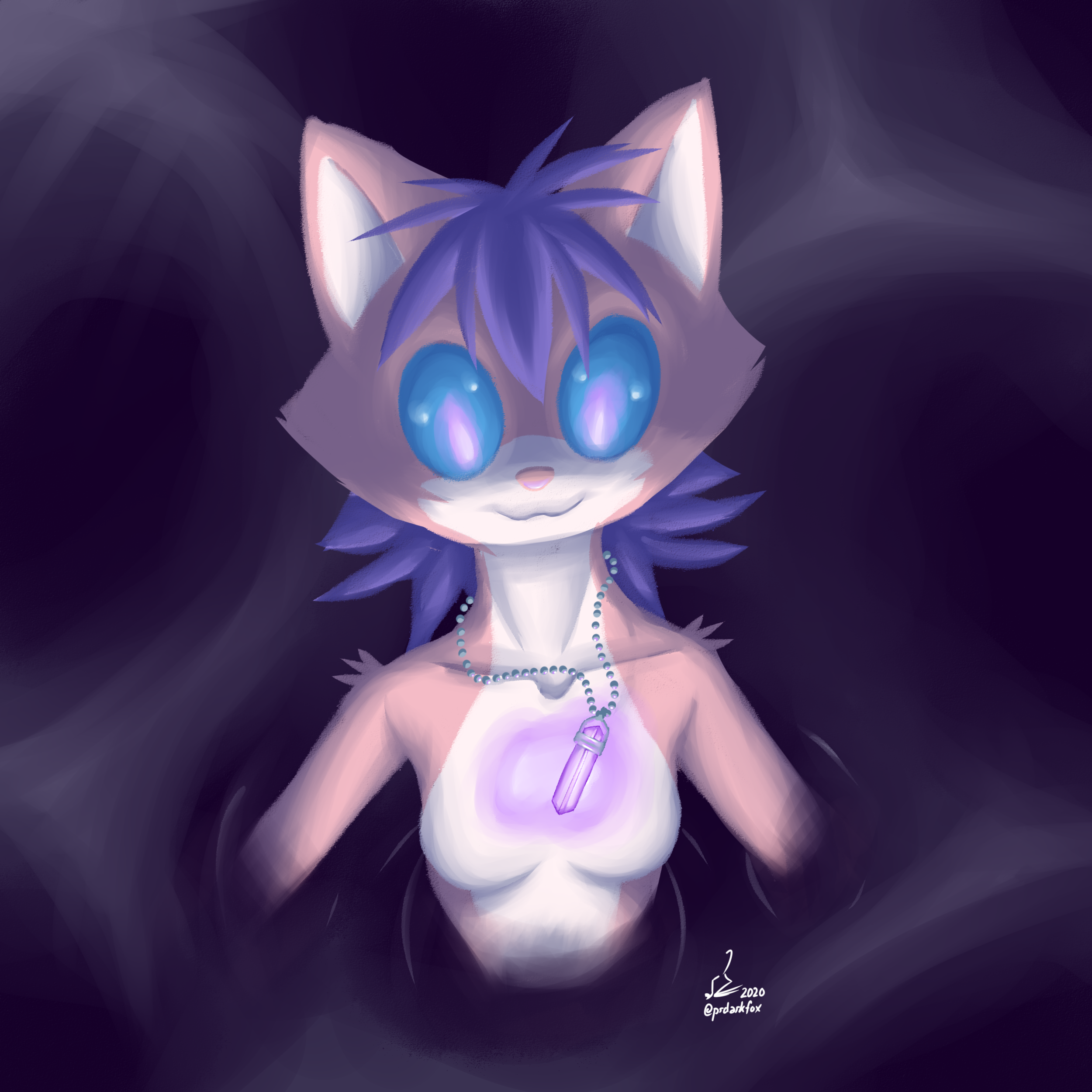 These new drugs are pretty nice, I gotta say. But I needed to do this personal work. Get the juices going.

She looks like she coming out of a wall like some sort of horror film. Or is it supposed to be liquid? The shading looks white nice with it's texture! But it looks like there are some places that it looks as if it is not colored completely. The spots that bother me the most is just bellow her face and a strike of fur color on her hair. Other than that I think that the crystal looks pretty awesome! Even though it makes the eyes look like this character is being possessed by it.