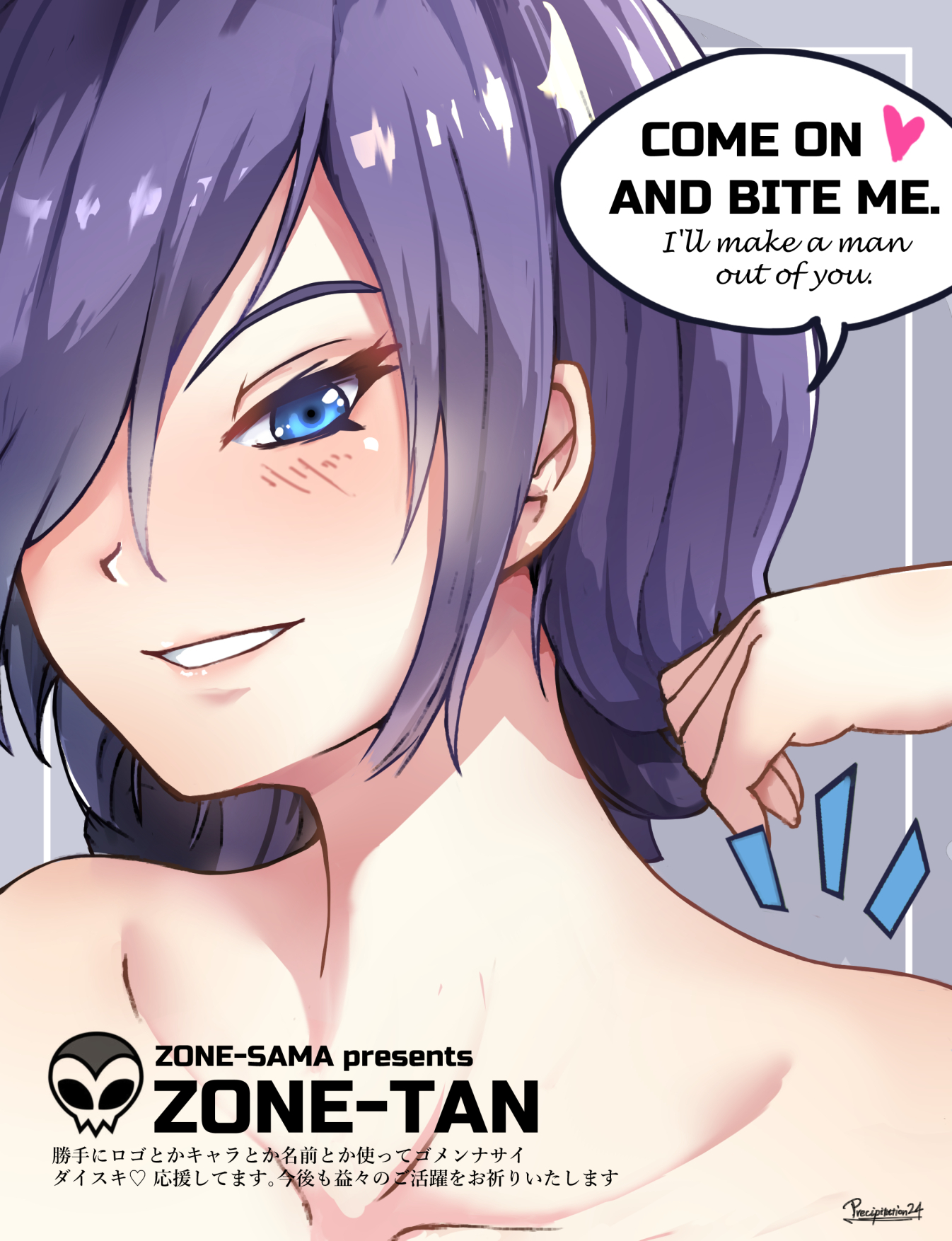 At first, I did not know "Bite me" is an offensive phrase and thought this is a sexual expression.

I still do not know the meaning of that even after looking on the internet.

(Me: // bite your shoulder with the sharp teeth of my cartoon character?) Oh! sorry, my dear friend, I'm kidding 555, I think "biting" is like showing love. (That is, then, each person will put love into action.) and if "biting too hard", that would not convey "Inexperienced" because I think that is a signal from the other party to you that "I will swallow her" more, 555 funny, but I don't know much about you (and I miss you so much, and during this time, there was an outbreak of "Covid-19 Infection" from Wuhan city in China, I was very worried you and everyone, don't get close to people who may Infected also, wish you luck, Japanese friends!)

Thank you!! I am so happy that you are alive.
In my country, many events were cancelled because of the corona-virus. However, I am relieved that some events which I do not want to attend were cancelled.

I think so too. Biting is more aggressive and sexual way to express your love than kissing. In the future, I would like to draw a girl with fangs saying, "I'll bite ya!" XD

Last, but not least, a journalist Ikegami said, "Fear the corona properly!" I pray for you and your family and friends' health.

Also, I can try to explain the expression as best I can. It has almost the exact same meaning as "fuck off", "go away", or sometimes even something as simple and tame as "shut up". Pretty much it's got about the same energy and nuance as "stop it", it can be said in mild annoyance, embarrassment, anger (although less frequently), playfully or of course literally, although likely the most common way it is used is as a retort for someone criticizing you, like how people say "Sue me" or "fuck me". I apologize if this explanation is vague or confusing, but that's about as best as I can describe it to a non-native speaker/reader. It's simply a way of expressing irritation over something. But it's not necessarily offensive in every context you use it in, as you can either direct it at a specific person or group of people, or as a general expression-

To put it in "technical terms", when it's used as an expression, it is used as an informal exclamation of irritation...

But yes, if used literally, it can also be sexual in context. XD

I hope I helped a little and I wasn't too difficult to understand.

Thank you and thank you for explaining so politely and thoroughly! I understand your explanations perfectly.

In fact, I am going to draw a new story in the future. I will never use the words, but my characters might say them.

I think studying English is important to enjoy any kinds of art works in the US or the UK. There is no equivalent of "bite me", "f**k off" and "f**k me" in my country, and these words killed many brilliant translators. For example, I could not understand why Holden Caulfield got so angry when he find the graffiti saying "f**k you" in the school. This is because when this novel came to Japan, this word was translated as a totally nonsensical word (オマンコシヨウ: As long as I know, this is the first and last example of this word). However I love his novels. I never read his novels without being deeply impressed. I would like to draw a picture or a comic of his works but I know he really hated that.

Like all things, it depends on how and where it's used. Like bleeding can mean removing air from a fluid line (Like car brakes lines) or losing blood because of a kinky love bite. XD I really like the smirk expression as I do put smug with Zone, since she's always in control. Also good use of perspective to not draw the difficult hair (I know the creator of Zone regretted that design choice later due to the complex style making it hard to make content quick.)

Thank you!!
I am glad you noticed it. ZONE-tan is a strong woman and a professional newscaster (I think), so I used simple and strong lines to express her personality.

Also, I did not know the two meanings of "bleeding". That is interesting! I would like to draw a bleeding girl again in the future.

There is one more thing, I did not know that ZONE-sama tormented with her hairstyle. Now I understand why ZONE-tan binds her curly hair at the back and we can seldom see it in the episodes, even though I think ZONE-sama can skillfully express her cute curly ponytail in their animation.

the phrase was originally an insult more or less, but can vary depending on the context