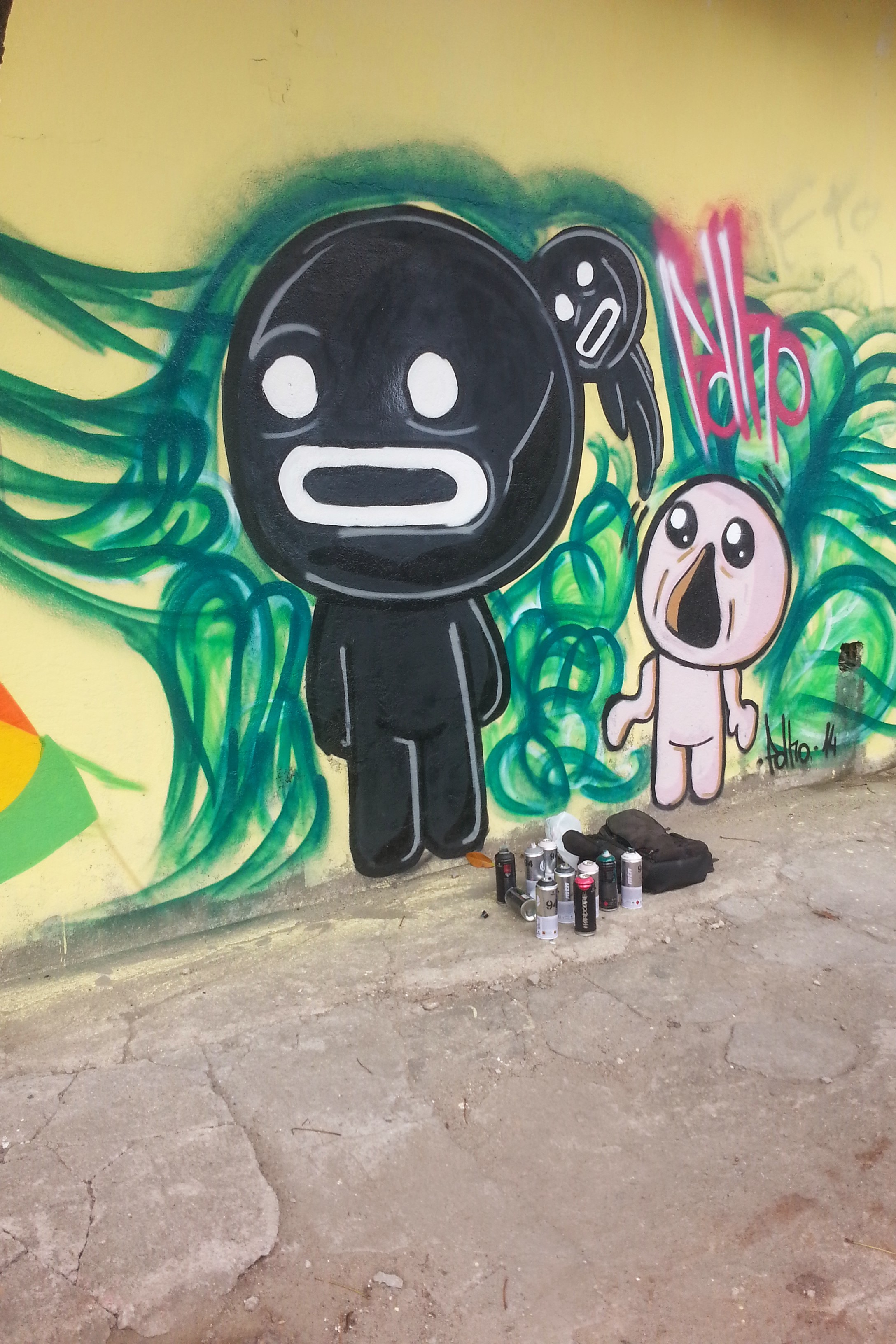 A better view of Steven!

Thanks for the Front Page!! :D tis iz 4w3zome xD
Thanks Tom, my followers and the whole Newgrounds community that I love!

Ahh yes. Play the levels I made. They're the best. They're also mostly frigging impossible. The coup de gras was going to be game level 10000. It was the hardest and most ingenious and devious thing ever. I watched as game 9997 and 9998 and 9999 were submitted, and then I finished the last little bit of the level so that it would get the number 10000 and.... nothing. It had lost the connection after all that time. It was similar to the level called "hanoi cheat" but much, much harder, with multiple vertical levels, and spikes all over the place, and devious requirements of going back and forth and back and forth in order to solve. Damn I should have kept 3 screenshots so I could have submitted it again but nope, it was gone.

Among the best video game music ever, too. Kind of reminiscent of the music from 12 Monkeys too, which is fitting, since that was a dark and gloomy themed story involving time travel too. Oh, how I would like to end up in the box. That's how I would want to go. Me from the future says "get in the damn box" and stuffs me in an otherdimensional box where time and death and life do not exist.

It's kind of weird how much wall painting art of bluebaby's game I've seen pictures submitted of. There was one of meatboy too.

Isn't Steven the parasitic twin growing from his head though? I don't think the main protagonist was ever given a name, we only know the twin is named Steven.

Did you ever see that documentary about indy games? Edmund McMillen was one of the people featured in it. I think it was called "Indy Game The Movie".

Hmmm, I think you could have stood to make him look a little more human. This is more inline with McMillen's other work, but I recall the guy in time fcuk being a little more humanoid, this looks more like that crossed with later things like the binding of isaac.

Wow, hahaha you seem like a Time Fcuk Pro. I havent played it until the end, but I went pretty far.
Yes I've used the Steven from Binding of Isaac, so he's a bit different.
Yes, I watched Indie Game the movie, it is great! I recommend it!
I kinda don't like to show myself on pictures because sometimes we gotta do some 1ll3g4l 5h1t! xD

Thanks for you review! :D

Wonderfully done! I'm not really into graffiti art (awesome as a lot of it is) in general, but this cught my eye and I've gotta say: WOW! Instant favorite; job well done!

Thank you! It's awesome to read that!

AMAZING ART at its finest.... have a star or five!