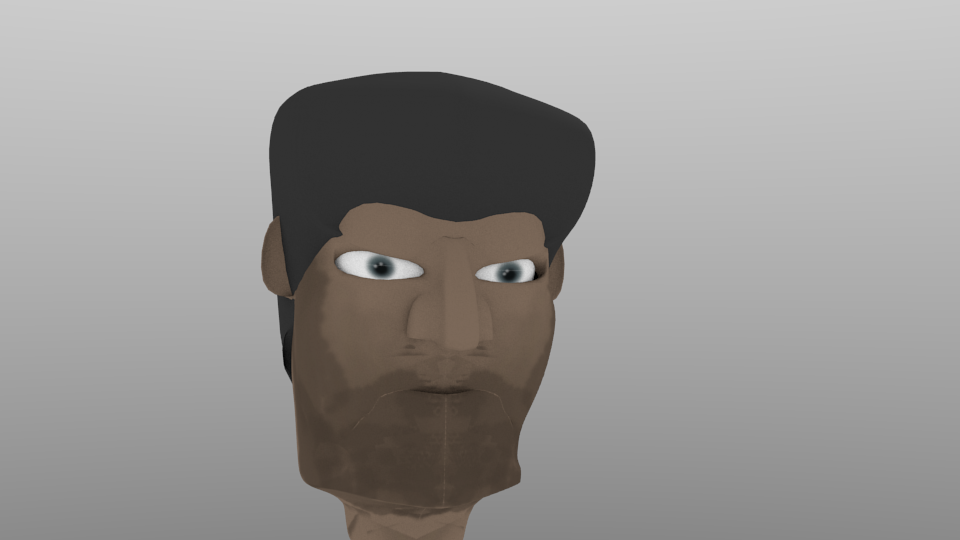 Have to say he kind of just looks bland sadly. The hair looks pretty realistic and stereotypical as well which doesn't bother me as much. Nice to see he has a neck anyways which gives the illusion that he has a body.

The eyes and nose kind of make him look like he was naturally angry looking from birth. The facial hair is starting to grow in as well which is nice to see. the ears look decent and noticeable in the back too.

I thought he looked very...professional

This guy does look angry. For some reason, the face shape is reminiscent of Heavy Weapons Guy. With hair, of course. Mouth looks disproportionately small, making him look kind of mousy, I guess.

Did you have any particular inspiration for this guy? The shape of his head is kind of unusual, almost boxy. Definitely a little disturbing.

M3 of the Review Request Club

well I was gonna do donald trump, but I got distracted :)

I'm not sure you put as much work into this as some of your other pieces. This seems a bit rushed and not that detailed.

The best part is probably the eyes. The shine you made looks really good, even though his left eye seems to be loose in its socket.

The beard, I'm no fan of. It looks more like a brush tool that's been unevenly used on his chin. not sure what's going on under his nose either, or the lines under his nostrils.

The nose itself isn't too bad, but it looks a bit too edgy, considering it's 3D, and the jawline seems a bit off as well. The hair doesn't really fit in, as it's cartoon hair, you should probably try to make something work with the regular hair, instead of cartoon hair, even if it seems really hard to do.

The neck also seems a bit thin, seeing as it's slanted inwards towards the bottom.

yeah, this isnt my best, but check out my newest piece :D