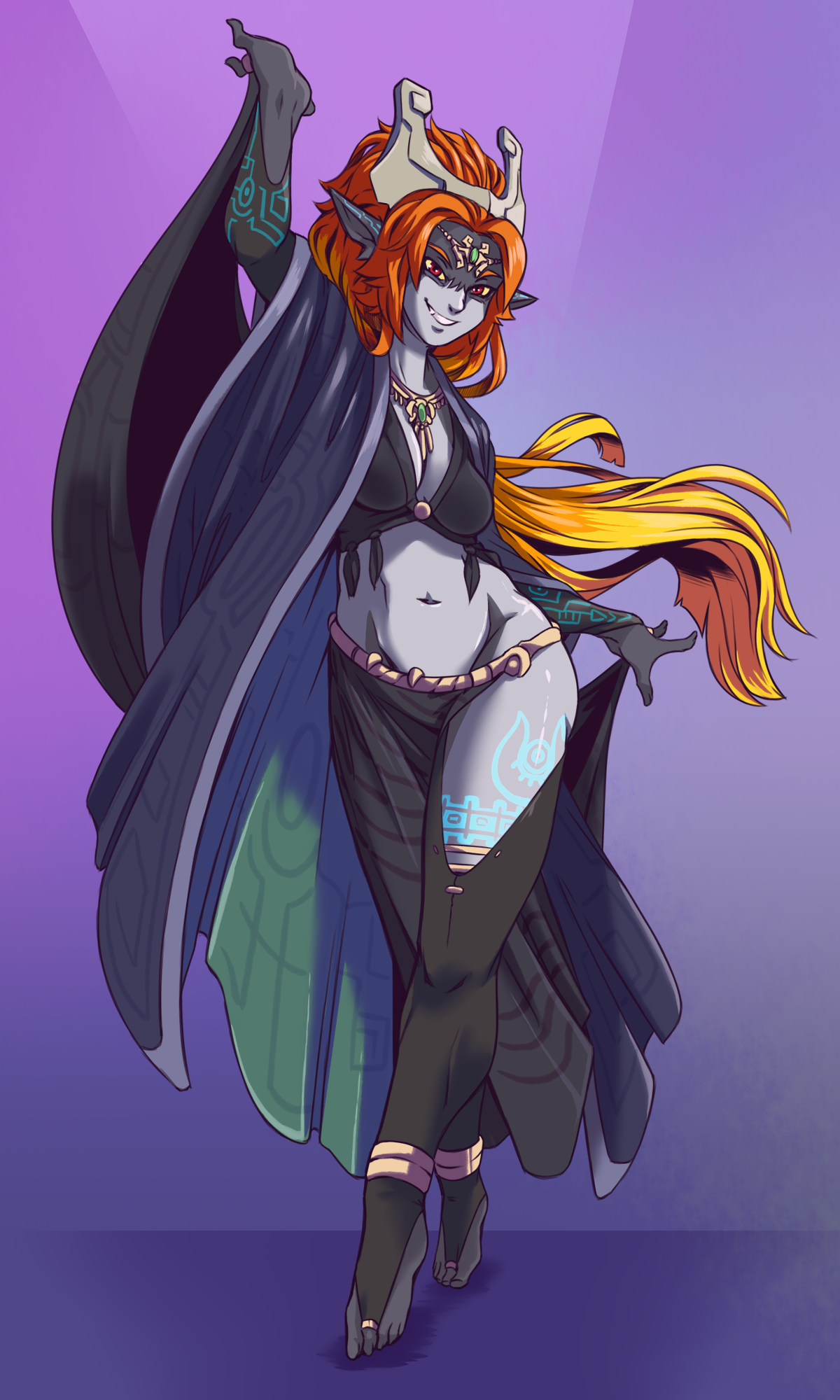 Fucking love it. Absolutely stunning. Sweet Mother Theresa on the hood of a Mercedes-bens. I'm heavy tilting to imp form Midna over true form but when I see artwork of true form Midna that has a few key modifications (at least slightly shorter neck, cuter more mischievous face like imp Midna, etc) and is done at a high level of skill such as this it's no question. I smash at least 4 stars, unsmash, and smash again just to make a god damn motherfucking point.

But even more than that, the dead ringer that had that fifth star screaming to me through my stimulant addled brain's haze "SMASH ME DADDY" were those BIG, BEAUTIFUL, LOVINGLY DRAWN, CHILD BEARING HIPS, LORD SAVE ME NOW I COULD JUST GRAB A HANDFUL THROUGH THIS SCREEN DAMN IT ALL!

EDIT: as a side note, I can't be the only one disappointed by that moment in the game where Twili form Midna was revealed and they basically syphoned away all of that devious mischief that was in her expressions. She was still kind of sassy with that opening line about how beautiful she was when Link gawked at her, but that spark that made me love a guide character from Zelda for the first time wasn't there. That sassy, bitchy; but gradually growing to like and appreciate Link for who is and what he's doing for her, and just all of that pint sized mischief in her shit eating grin was just...fucking /gone/. As far as I could see, they'd killed Midna and tried to replace her with this prim proper long neck having broad! A fucking tragedy, I say. A god damn mother fucking tragedy. Also she was kind of ugly, mostly cause of that fucking neck. It was as long as the fucking empire state is tall, god fucking damn it!

this is what i expected her to look when you broke her curse, great work plague!

Gods, Midna is probably one of my favorite characters from all the Zelda games, and seeing this design is meld both her imp and Twili forms is breathtaking.