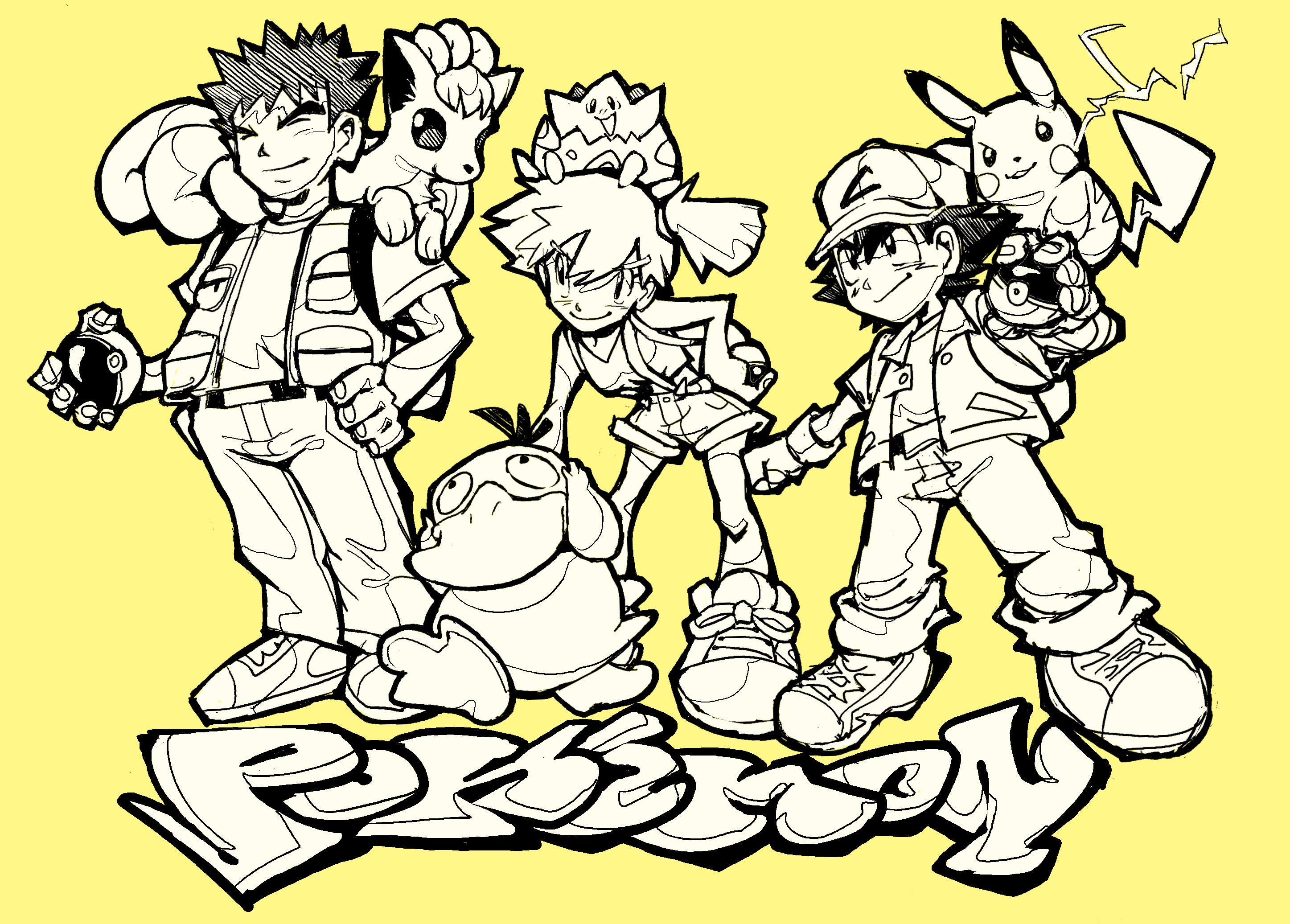 Damn, this looks amazing! I really like your artstyle!
Great job!

This made me think:
When I saw the remake of that first Pokemon movie, wich was of cute-fying 3d versions of the character. I thought it looked bland and boring as heck.
If I'd seen the movie looking in this kinda artstyle. I'd be hyped as fuck, even though it was still pretty much the same old movie and story.

Also the way you did the varying thiccness and pointyness of the lines (and maybe the big shoes + thinn limbs too), kinda reminded me of the Kingdom Hearts and The World Ends With You artstyle. Wich is a pretty friggin dope lookin artstyle.

I have always wondered if mewtwo was created by humans using mew cells did they take organs from some other pokemon to advance the creation process and if hacu where did they get almost most of the organs used for mewtwo?