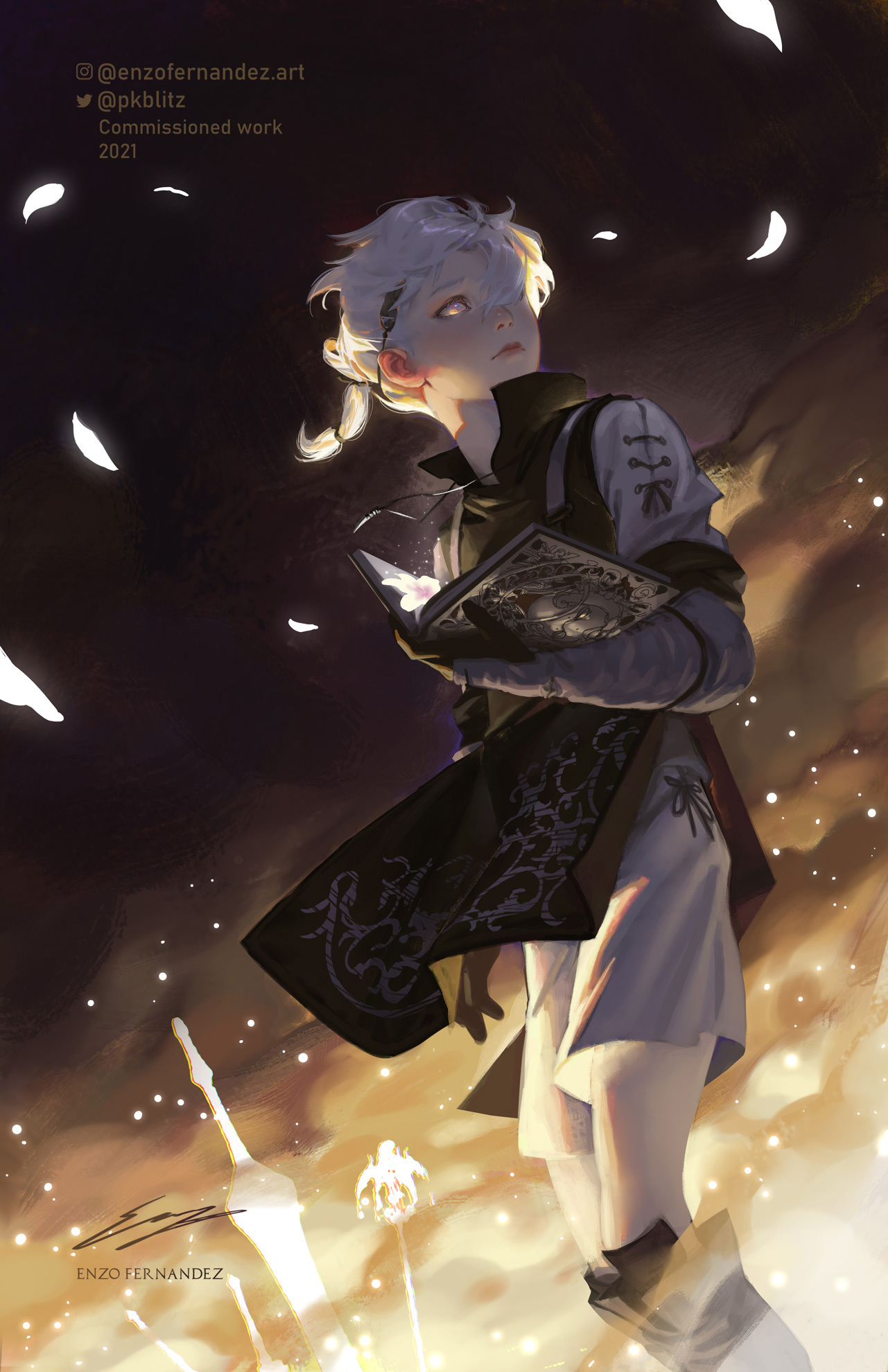 I was lucky enough and honored to be commissioned by Zach Aguilar, the english voice of Nier in NieR Replicant! (And he's also the voice of many other awesome characters like Tanjiro, Genos and Koichi)

I loved working on this one and I loved the game as well, I even went back and took photos in-game to use as valuable references for this painting. It's a long game but I highly recommend it, I don't think I will ever ever forget the experience I had playing it and I will keep listening to that masterpiece of a soundtrack for years and years to come. I'm planning on playing Automata soon too.

Since this is a commercial commission, this artwork will not be available as prints in my stores. Rather, you can go to Zach's stores and purchase his prints, signed by himself :)

If you want to support me, you can become a patron on Patreon or get any of my other prints from my online shops!

https://enzofernandez.carrd.co/ (this one has the rest of the links)

This is actually SO beautiful, I just can’t get over how gorgeous it is! Take my five stars, you earned it

it looks so majestic the lighting is great!

Thank you! Much appreciated

Seen the same formula too many times. I get instagram is a thing and you gotta appeal to the mainstream but holy shit would I kill for some originality.
---
Your stance on opinion doesnt matter. I know its a common thing to say "its just my opinion" as if its a defense.

1. Doesnt matter if it was commissioned. Dont make excuses.

2. I mean you can pass for a budget sakimichan or logan something forgot his name. This type of pic is common. Formulaic, if you will.

3. I define it as its definition, id hope you do too. The pokemon dangling testicles thing can definitely be a start.
Or you could keep painting whatever character standing on a bunch of glowing shit with feathers everywhere. Its your call boss.

I believe everyone is entitled to their own opinion, but:

1-This was a commissioned work, so the only "formula" I followed was listening to the client and doing exactly what he wanted me to do with the illustration. I created what he paid me to make.
2-I'm not sure what is this formula you're speaking of. Drawing a videogame character in a dramatic lighting scenario?
3-How would you define "originality"? Drawing Pokémon characters with their testicles dangling in front of the camera, perhaps? Truly artistique, a real auteur.

Thank you for your feedback :)