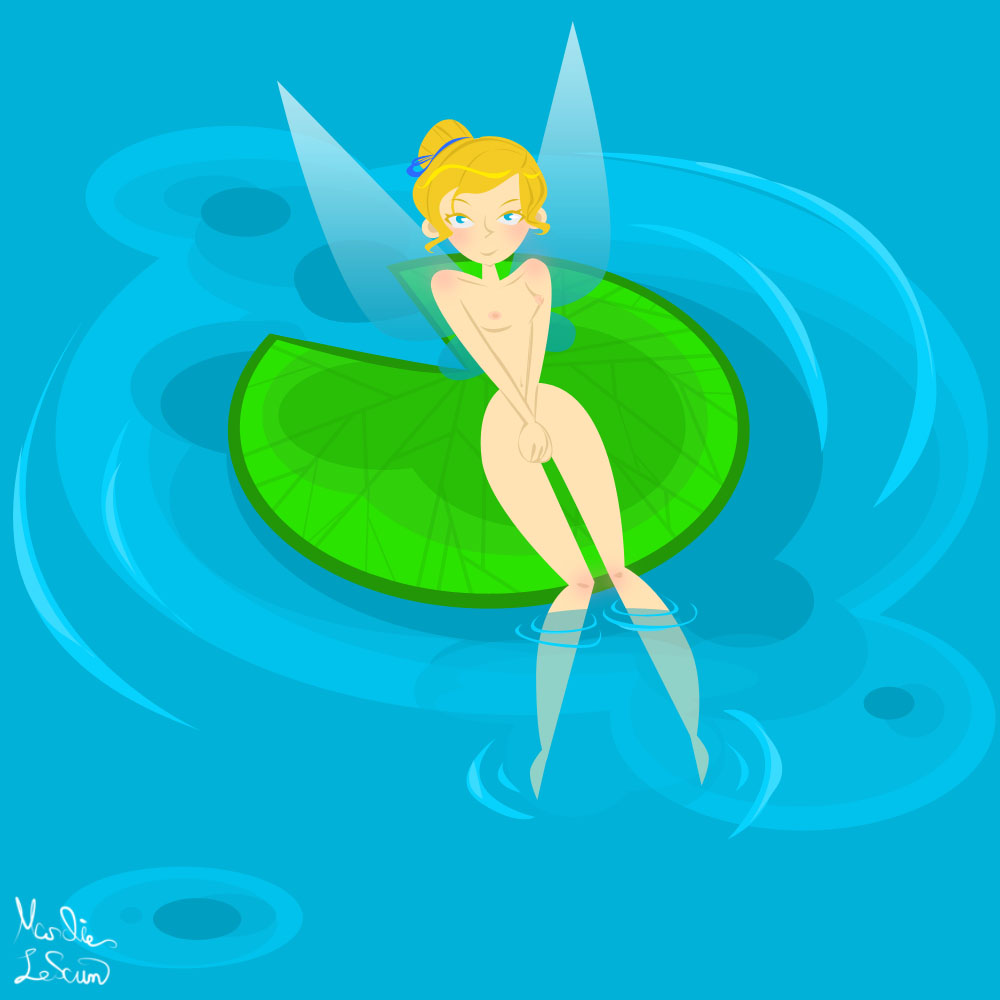 all farries should be drawn gaked

Great, I have a tip or two if you want.

If you were going to go for a different perspective, I may have some advice. Personally, if I were to draw this pose from an angle where the viewer is looking down on Tinkerbell, I'd make it so her pelvis area is closest to us. Assuming you use the formula to draw humans (I don't know the damn proper jargon for it and am too lazy to look it up), but you know what I mean; Oval for the head, line for the spine, oval for the chest, and almost a half circle or oval for the pelvis area, make the pelvis the biggest shape and have the chest be smaller because it's smaller away, same goes for the cylinders for the legs, make the thighs smaller and the calves even smaller than that, same with the feet.

I'm about to head into work, but I could take this image, hop into Flash and draw the formula as I'd see it some point later tonight or later on if you so requested. Keep up the great work, though.

I'm not saying the perspective is in anyway bad, I've just been working myself recently on making extreme perspectives, ect, so I'd like to help a fellow artist learn a new trick or two.

Oh wow I had no idea there was a lot wrong with the perspective, I thought it was just that it looked like she was leaning too far back.
Sketching over it to show me where it's wrong would be incredibly helpful, thank you!

Yes, everything is perfect, except hands
What i do is to draw my own hands
in the position i want

I think that your technique with vector illustration is very nice
i would add somo more details,
but that depends on the style of each person