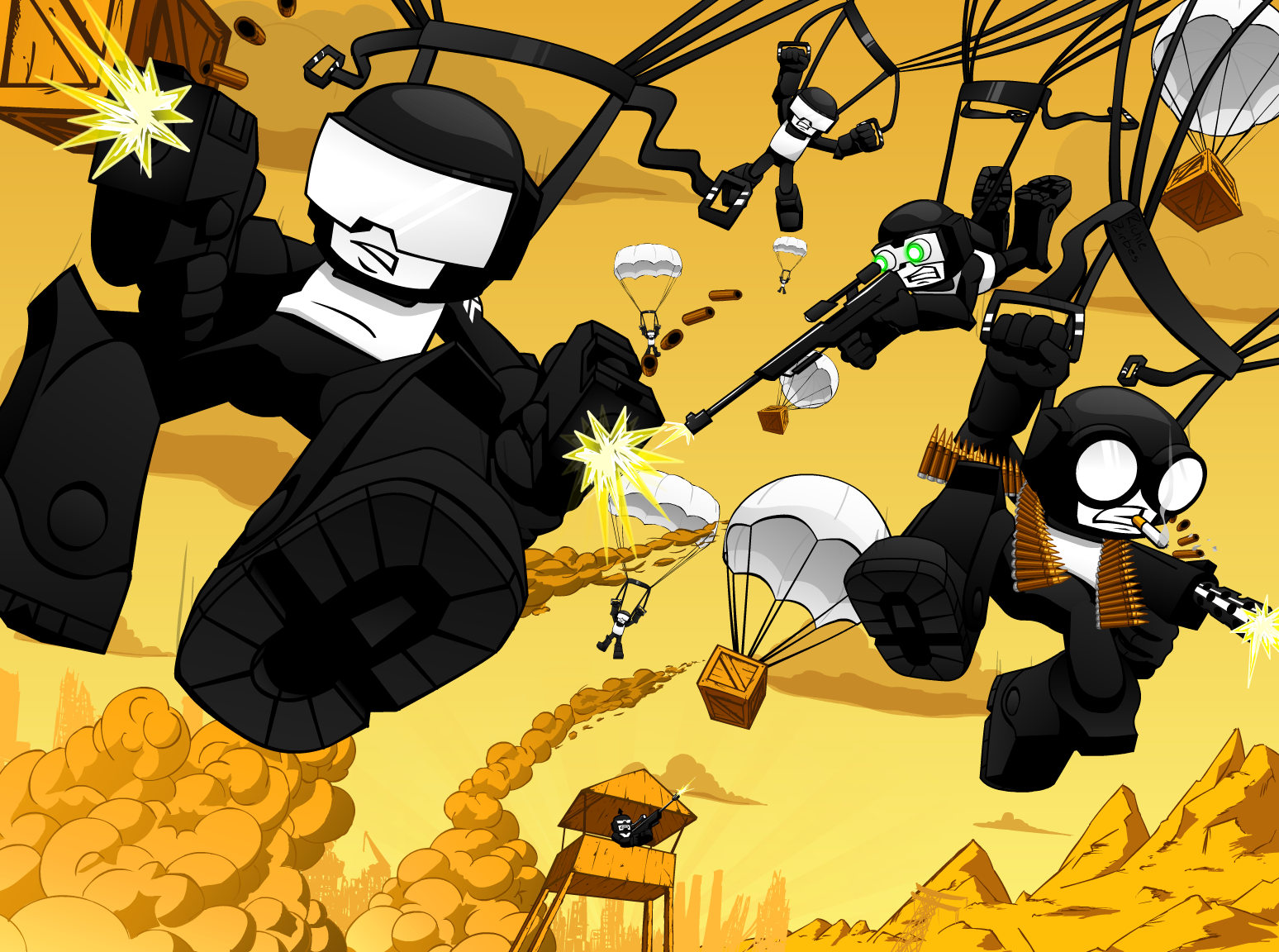 My submission for the 2009 NG Calendar. I'm a big JohnnyUtah and TANKMEN fan.

I'd Love That To Be My PC Backround

This is freaking sweet! I think it is, as many people here have been saying, your best piece of fanart yet! It's weird, because it doesn't really look that much different than the original designs. They were mostly used for joke purposes in Johnny Utah's stuff, but this is more serious. Everything just looks so slick. It reminds me of some awesome Madness fanart.

One thing I especially like is the sheer amount of dust thats rising from the parachutes. Or rather, it's rising from places I can not really identify. Did this make it? It seems unlikely you wouldn't get far given that you're so well known here. Bullet blasts are always cool.