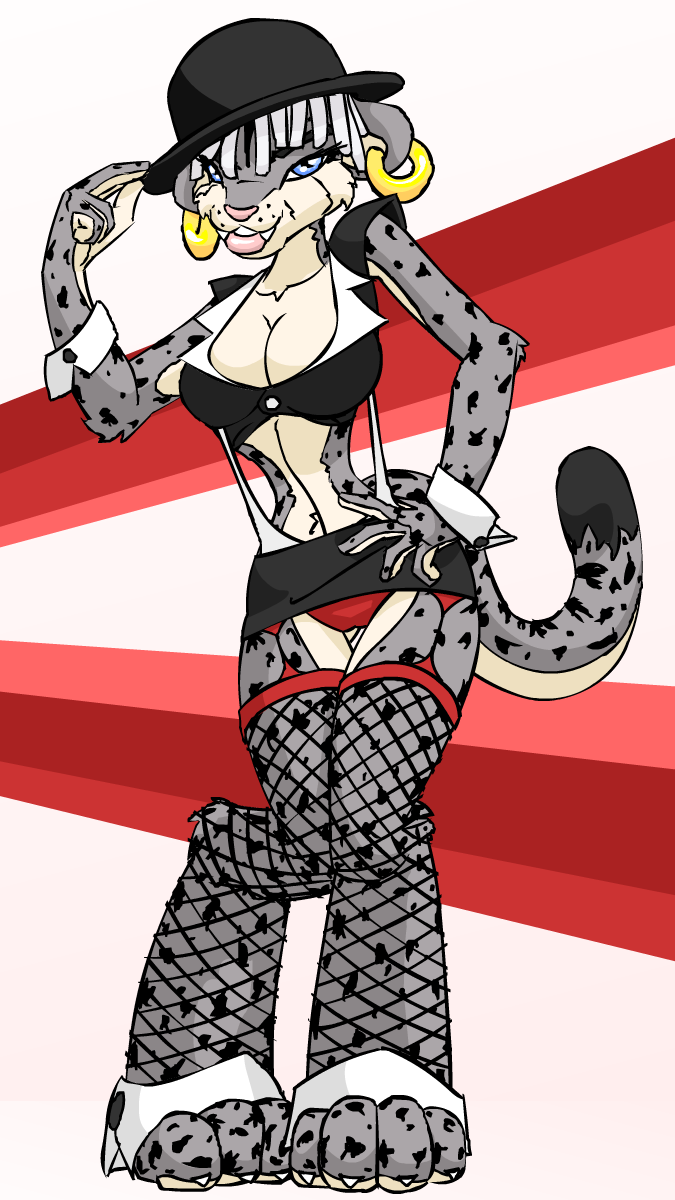 Odd request - a Snow Leopard in a gangster outfit. Of course I had to skimpify it.
-Richie

Wow, this has to be one of the biggest differences between the score and what the reviewers say. Everyone gave you a perfect five stars instead of me and some other guy. I think you did a better job with the background this time. This didn't even come that much as something sexual to me. It's probably because this furry wears the most clothing of any of them depicted so far. Her clothes just seem to be holding themselves together.

I don't know if this is meant to be a parody or satire of anything. Most likely, you are just very perverse people. You'll never get around to pictures of bikini Joanna here, huh? You guys certainly have a variety of stuff here. Dang, you draw long buttcheeks.

i'd fall in love if she wasn't half leapard

Woohoo, a leapord! it would have been more awsome if it was a black leopard.

I'm liking the gently exaggerated anatomical elements, as well as the skimpiness. Usually, I'm not a fan of feline furs, but this one made the cut.

One problem: I hate that bottom lip. Reason being is that there's those scaly drawings that freak me out. I'll get passed this, haha.