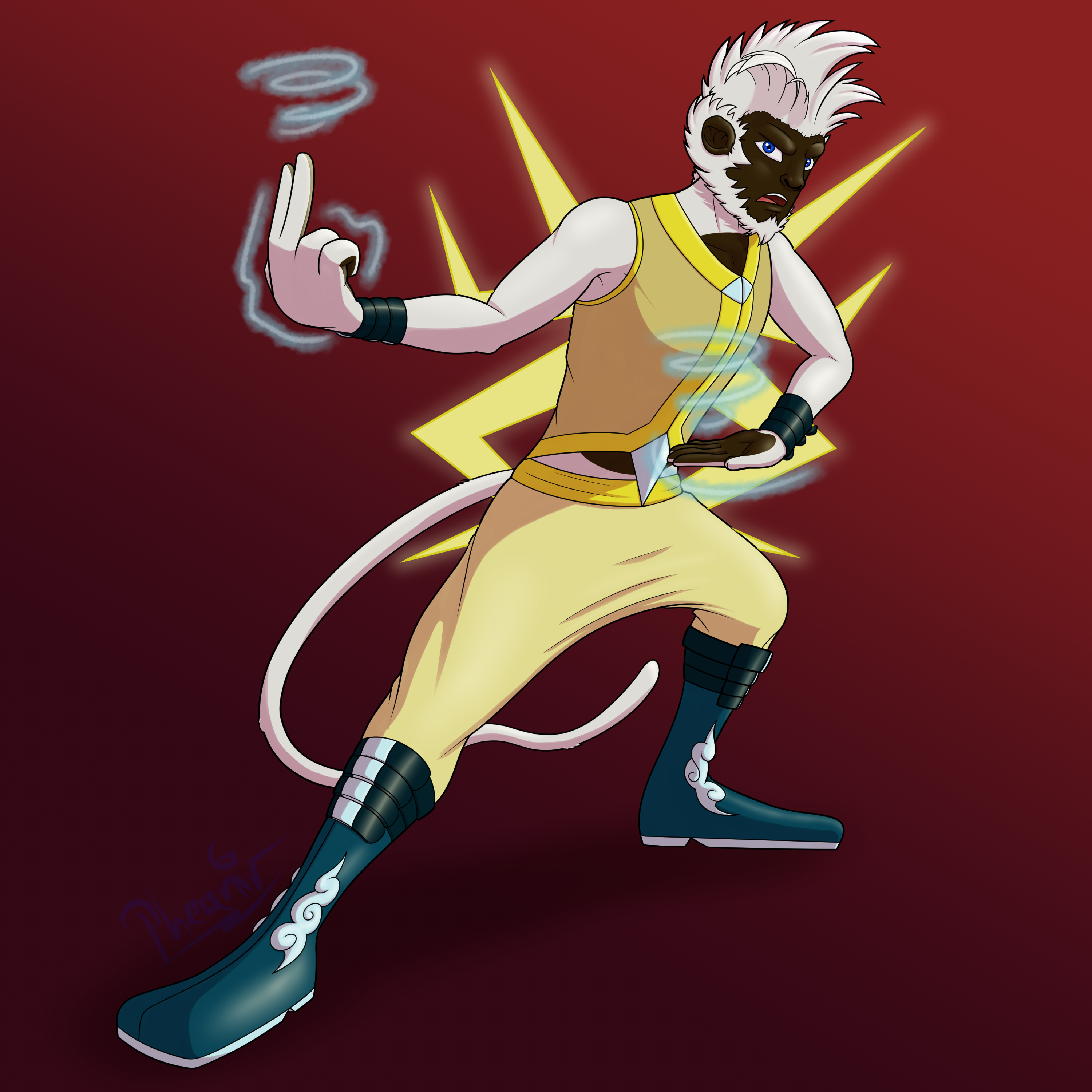 This is a character who I re-designed working with a super old reference from 2012. He is the first - and probably the only - character of mine who is supposed to be an actual god. The god of wind, in this case. He is also the main antagonist of my current musical project, "Ultimate Faith", as one can see by his silhouette on the album's cover.

Ryke is the first monkey character I've ever designed and I am sooo satisfied with how he turned out. Also, he is more of a strict, stern and punishing god, rather than merciful.