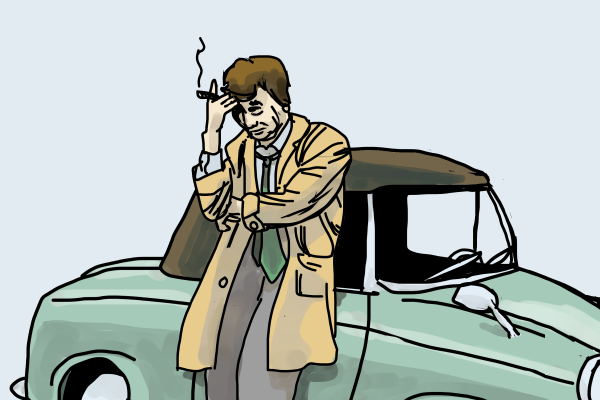 Columbo was an unusual American crime drama television series starring Peter Falk. Lt. Frank Columbo was an apparently absent minded, slightly eccentric homicide investigator with a crumpled trenchcoat and a beat-up old Peugeot. Generally underestimated by the murderer (who usually was a clever person who thought he or she was getting away with it), Columbo would have one more question that would crack the case.